Conditions That Increase Your Risk of Early Menopause

Menopause is the cessation of the menstrual cycle for good that usually occurs around the age of 51, but some women may enter this phase sooner than expected. If your periods stop before you turn 40, you are going through what is called early or premature menopause. 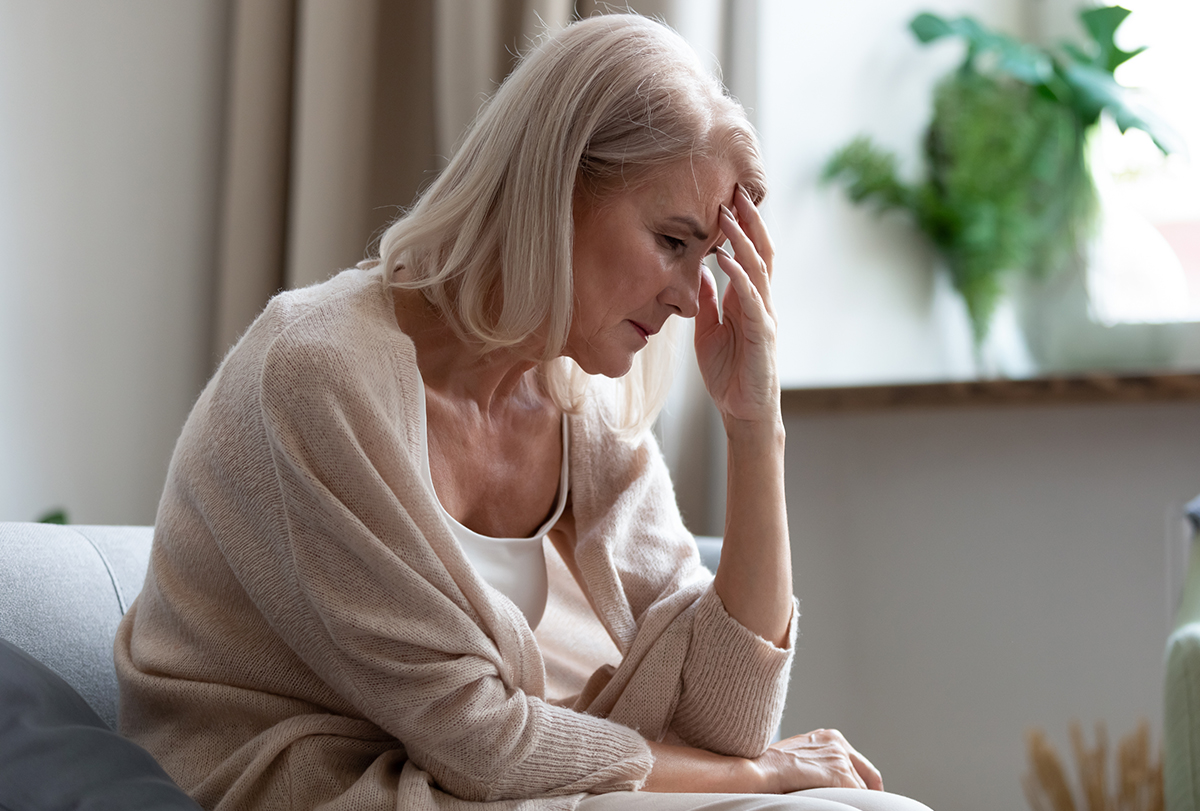 Generally speaking, the starting age for early menopause ranges from 40 to 45 years. Nearly 5% of all women go through it, either due to their natural biology or other reasons such as medications, illnesses, or surgeries. (1)

Some women are more susceptible to early menopause than others, often on account of the following factors:

Cigarette smoke releases chemical toxins and free radicals in the body that attack healthy cells at all levels. This kind of cellular damage can extend to the ovarian follicles and trigger early menopause.

As many as 20% of women who smoke regularly will experience early menopause, versus about 2% of nonsmokers, due to premature ovarian aging secondary to the toxic effects of cigarettes on the ovarian tissue. (2)

People with a drinking problem neglect their diet to indulge in alcohol and are therefore deprived of proper nourishment.

Thus, alcoholism paves the way for nutritional deficiencies, particularly of vitamins, fiber, and healthy proteins. The lack of these vital nutrients can adversely affect a woman’s reproductive hormones to induce irregular periods or even premature menopause.

Heavy alcohol consumption alone may hasten the onset of menopause by as much as 5 years. (3)

Lack of estrogen in the body is a major trigger for early-onset menopause. Women who are underweight (with a BMI of <18.5) have a 30% increased risk of early menopause (4) in comparison with women of normal BMI.

Stress is difficult to measure, but studies have shown that women living in poor socioeconomic conditions are 80% more likely to experience early menopause. (5) This could be due to a combination of factors, but stress likely plays a part.

5. Surgery to remove the ovaries

Many women have their ovaries removed before natural menopause due to medical factors (tumors, cysts, severe endometriosis treatment, etc.), thrusting them into surgical menopause at the age in which they were removed.

Autoimmune diseases develop when the immune system wrongly perceives certain healthy cells to be a foreign threat and attacks them, leading to inflammation. This cellular inflammation can reach the ovaries and damage the ovarian tissue to trigger early menopause.

Thyroid problems, inflammatory bowel disease, and rheumatoid arthritis are some of the common autoimmune disorders linked with premature menopause. (6)

Other cancer treatments, such as radiation and chemotherapy, can be toxic to the ovarian tissue and can induce early menopause. (8)

People who have suffered from chromosomal abnormalities such as fragile X or Turner’s syndrome, HIV, AIDS, and certain infections such as mumps are more susceptible to premature menopause.

The perimenopause or menopausal period marks the end of a woman’s reproductive life, wherein she goes through profound hormonal changes and becomes increasingly susceptible to inflammatory diseases.

Estrogen has known anti-inflammatory effects, and emerging evidence is showing that perimenopause is pro-inflammatory and is a likely major contributor to the increase in risks and diseases seen during this time. (9)

Postmenopausal women are at an increased risk of coronary heart disease or stroke, probably due to the loss of estrogen. This female hormone imparts flexibility to the blood vessels so that they can easily expand to accommodate increased blood flow.

The decline of estrogen after menopause can lead to arterial degeneration and can disrupt blood flow to cause heart problems. However, the role of estrogen in increasing cardiovascular risk postmenopause is still subject to study.

As of now, exogenous hormone replacement therapy was found ineffective in reducing the risk of heart disease in postmenopausal women.

Women are three times more likely to become obese and develop metabolic conditions during or after menopause than before it. (10) This is largely to do with the progressive loss of estrogen and the relative increase in androgen along with other environmental factors that affect women during this phase.

The prevalence of obesity in menopausal and postmenopausal women can be gauged from the fact that around 65% of all American women between 40 and 65 years and about 74% of those above 65 years are obese. (10)

Menopause is characterized by a complete hormonal upheaval inside the body, which can negatively affect your mood and can even induce depression.

In fact, studies suggest that women going through the menopause transition (MT) usually have a spike in depressive episodes, especially if they have a history of pregnancy or menstruation-related depression. (11) Plus, the fact the menopause marks the end of fertility and loss of youth weighs heavily on many women, feeding into the depression.

People who opt for surgical menopause, have suffered negative life events, or have vasomotor symptoms are more likely to develop depression during menopause.

Menopause means depletion of estrogen levels in the body, which may play a role in the onset of dementia. This is because estrogen helps curb inflammation in the brain to keep it functioning properly. Thus, menopausal and postmenopausal women with their declining estrogen levels are naturally more vulnerable to dementia.

Estrogen plays a crucial role in the building, remodeling, and maturation of bones, particularly by inhibiting the loss of calcium through resorption.

The loss of estrogen after menopause can therefore negatively affect the normal bone turnover cycle by increasing the loss of bone-building minerals while diminishing bone deposition. After menopause, women tend to break down bone faster than they can make it.

Menopause is more of a process than an event. So, you will start experiencing its symptoms before your menstrual cycle finally stops, and these symptoms will continue thereafter as well.

Thus, you should first educate yourself about the symptoms to look out for and then seek medical consultation as soon as you develop them to know for sure. In the case of early menopause, these symptoms will begin sooner than usual, and managing them right away can help delay menopause.

Your doctor will conduct the necessary checkup and analysis before recommending the appropriate medical plan, which usually includes hormone replacement therapy, medication, diet modification, supplements, or lifestyle changes. This proactive approach will help minimize the bone damage and heart risk associated with menopause.

Early menopause is a leading cause of infertility, and early menopause also puts you in the pro-inflammatory state of menopause for a longer period, so the risk of the chronic diseases discussed above is higher.