Home > Women's Health > Menstrual Health > What You Need to Know About Period Problems, According to a Gynecologist

What You Need to Know About Period Problems, According to a Gynecologist

Menstrual irregularities are very common during the first few years after puberty. Once you enter into adolescence, your entire hormonal system goes for a toss, and it can take some time for things to iron out and reach a balance. 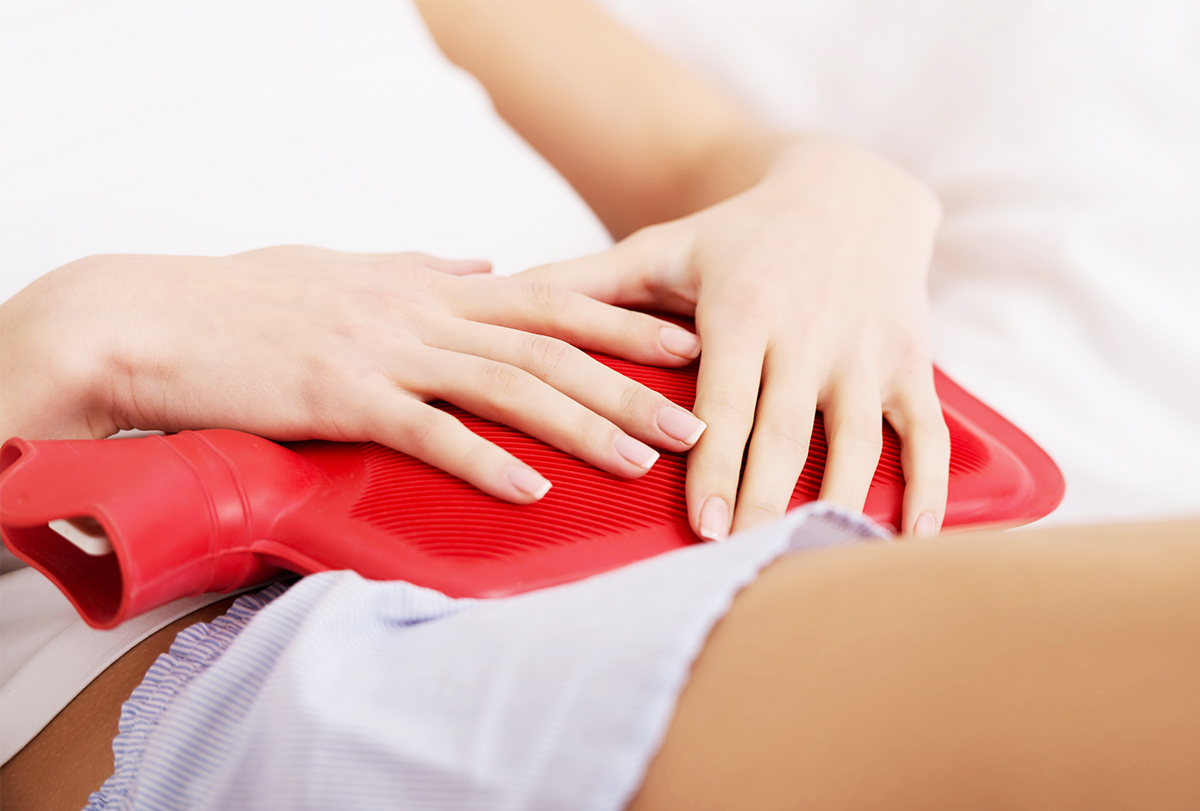 Fluctuations in the hormones that regulate the menstrual cycle can lead to unusually frequent or missed periods. Women tend to have 11 to 13 menstrual periods in a year on average, but some may have more or fewer.

Heavy menses occur in 1 out of 5 women worldwide. Therefore, this concern troubles many and is one of the most common reasons for visits to the physician’s office.

Every month, the inner wall of the uterus breaks down in the absence of a pregnancy. This disintegrated lining flows out of the body through the vagina in the form of period blood.

The entire process is often accompanied by other symptoms, such as abdominal cramps, mood swings, headaches, and bloating, which usually set in even before the period begins. These symptoms are known as premenstrual syndrome or PMS, (1) which can be a greater grievance for some than others.

Some women go through their periods with little to no discomfort, whereas others have to brave through a lot of pain and irritation.

ALSO READ: Menstruation Symptoms That You Need Not Worry About

Problems Associated With a Period

There can be several problems with your period, such as irregularity, pain, heaviness, increased frequency, the passing of clots, and absence. These are all common period problems. However, most women complain of heavy or irregular periods.

Causes of the Problems Associated With a Period

Many factors influence a menstrual period. Some of these are:

Menstruation can be affected by stress, which prevents ovulation and, therefore, prevents or may delay the period. (2)

Also, a condition called adenomyosis, (4) wherein the lining of the uterus grows into the muscle of the uterus, may also contribute to heavy bleeding, pelvic cramping, and pressure.

Anatomical reasons include endometrial polyps, fibroids, and uterine malignancy. Causes of heavy bleeding are polyps and fibroids, which are benign growths within the uterus. (4) Precancerous lesions and uterine cancer must also be considered in the diagnosis of heavy periods in certain high-risk women.

Period blood may commonly smell like metal due to the iron in the red blood cells. Another cause of the smell is bacterial vaginosis, (6) a very common vaginal infection that is easily treated with either vaginal or oral antibiotics.

How Much Blood Loss Is Considered Normal During a Menstrual Period?

A female typically loses less than 80 ml of blood during a period. Thus, by definition, more than 80 ml of bleeding during a menstrual cycle is considered to be abnormal. However, this quantification is used in research settings only, and any perceived heavy bleeding to a patient should be considered “heavy.”

Most-Asked Questions About Problems Associated With a Period

Does the color of period blood indicate any health issues?

Black period blood is usually old blood rather than new active bleeding. This blood has been there for at least several hours, during which the iron in it gets exposed to air and oxidizes, giving the blood a dark-brown or blackish color.

Is it normal to bleed after menopause?

No, it is not normal to bleed after menopause. Should there be bleeding after menopause, you should immediately report this to your physician, as it is considered cancer until proven otherwise.

An important thing to remember, however, is that not all bleeding after menopause is necessarily cancer. Endometrial polyps and fibroids may also cause such bleeding.

How many days should a period be delayed for it to be considered late?

If the period occurs later than 35 days after the end of your last period, it is considered late.

What are the most common causes of amenorrhea (no periods)?

The most common causes of amenorrhea are:

Is it normal to gain weight during menstruation?

Yes, water retention with symptoms of bloating and mild weight gain is a common sight associated with menstruation due to the hormonal changes during this time.

Is it normal for menstrual flow to get heavier with advancing age?

Yes, menses may show several changes as the age increases. They may become heavier and/or more frequent.

They may also skip months as ovulation starts to become less regular as one approaches menopause. However, as already mentioned, any change in your menstrual patterns warrants a call to your physician.

Is it true that periods stop when your body is submerged in water?

No, this is a myth. Periods continue whether you are in the water or not.

Do you have any dietary recommendations for women who are on their periods?

There are no real dietary modifications for when you are on your period, except to avoid foods that may contribute to water retention and bloating. Such foods and drinks include those that are high in sodium and carbohydrates.

As mentioned earlier, the definition of a normal menstrual period can differ from person to person, in terms of duration, blood flow, and frequency.

But generally speaking, most women tend to have monthly periods that last for no more than 5 days and a menstrual cycle that typically lasts between 21 days and 35 days.

Although slight menstrual irregularities are nothing to get worked up about, medical consultation is advised if:

In other words, anytime your period changes from normal to abnormal, you should contact your physician.

Knowing what is considered normal and abnormal regarding your period is helpful. There is no standard menstrual pattern that applies to all women, so what is normal for one may not be normal for another.

Therefore, period problems must be looked at in this context wherein each female has her own menstrual cycle that cannot be compared with others. If you experience any persistent or frequent disturbances in your menstrual cycle, it is a good idea to contact your gynecologist to discuss these changes.

Menstrual irregularities can stem from just normal physiology or from an underlying problem that can be diagnosed and treated, and medical evaluation can help pin the culprit.