Mosquitoes cause the highest number of insect bites, often acting as vectors for various diseases that pose a risk to public health. Mosquito-borne diseases affect around 700 million people worldwide, causing one death per every 17 people in a year. (1) 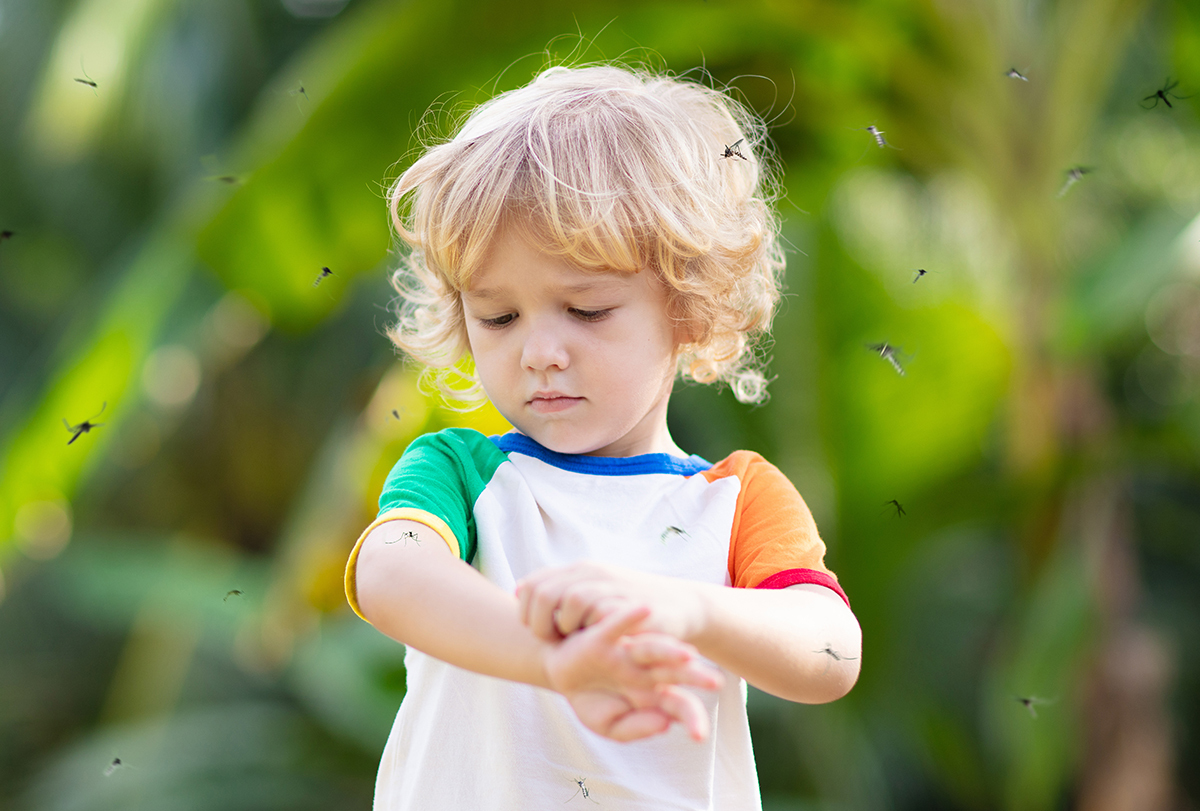 How Do Mosquitoes Bite?

Female mosquitoes generally cause mosquito bites for feeding on your blood. The mosquito inserts its proboscis, a straw-like structure, into your skin to search for a blood vessel.

Once the proboscis is in contact with a blood vessel, the mosquito releases saliva into the wound to prevent the clotting of the blood. When this contact lasts for more than 6 seconds, the body reacts to the saliva, causing localized swelling, redness, and itching.

Mosquito bites are a result of female mosquitoes feeding on your blood. Some factors that increase the incidence of mosquito bites include:

A mosquito bite may manifest the following signs:

Additionally, if you have an immune system disorder, you may experience:

The standard medical treatments for mosquito bites aim at relieving the associated itching.

Use a nonprescription 1% hydrocortisone cream such as Cortaid three times a day to help relieve the itch. Alternatively, you can apply a baking soda paste until you get the steroid cream.

You can also use your fingernail, pen cap, or any other object to directly apply a sharp and firm pressure to the bite. Doing this for 10 seconds can temporarily reduce the itch.

In case you have a severe reaction to the mosquito bite, take a long-acting antihistamine such as fexofenadine, cetirizine, or loratadine to help subside the reaction.

You can buy the following itch-relieving drugs from your local pharmacy without a doctor’s prescription.

Mosquito bites can be easily identified visually. If you develop an allergy to mosquito bites, the doctor may assess the redness, swelling, and itching post-bite.

Since mosquitoes transmit various diseases, the doctor may advise urine or blood tests to detect the presence of pathogens or pathogen antibodies in your blood.

Mosquitoes act as vectors of various bacteria, viruses, and parasites, transferring the pathogens into your body through the saliva while biting.

Diseases caused or transmitted by mosquitoes include:

Factors that increase the likelihood of a person being bitten by a mosquito include:

In extremely rare cases, a mosquito bite may cause the following problems:

Visit a medical practitioner if any of the following symptoms develop after a mosquito bite:

It is best to consult a doctor if you have traveled to a high-risk area recently and developed a fever. It is also advisable to consult a doctor before traveling abroad to check if you need any prophylactic medications for diseases transmitted by mosquitoes.

Mosquito bites are a common source of discomfort and itching and tend to become red and swollen, especially after scratching. In some cases, the mosquito bite may give rise to an infection.

It is best to prevent yourself from mosquito bites by removing any stagnant water that accumulates in flowerpots, birdbaths, old tires, gutters, etc.