Home > Nutrition > 10 Reasons Coffee Is Good for You

10 Reasons Coffee Is Good for You

Coffee has been consumed for hundreds of years. In fact, it is the leading source of caffeine for adults in the world. (1) 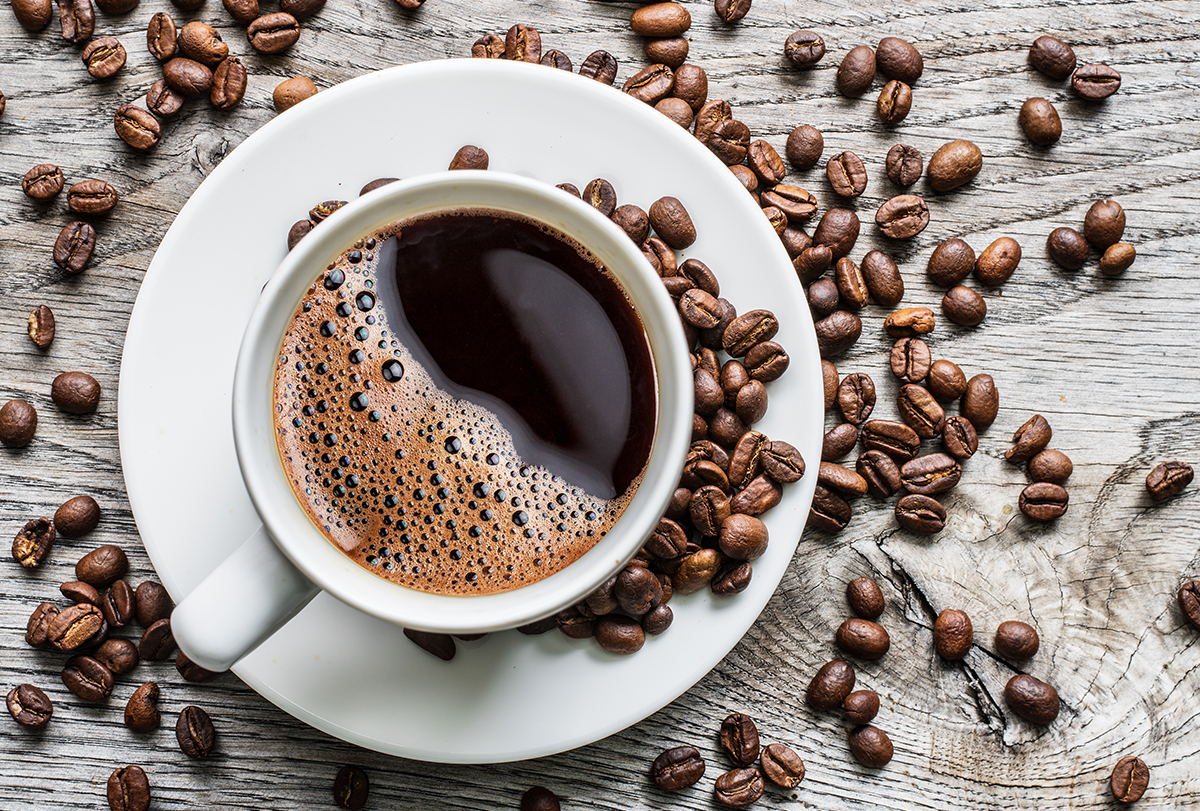 Coffee is scientifically proven to help with wakefulness and work productivity, and it is commonly used as a treatment for apnea in premature infants. (2) It contains many biologically active compounds with antioxidant properties. (3)

As a registered dietitian nutritionist, I am continually staying up to date and evaluating the research on all things we eat and drink. There is no shortage of claims about what different foods and drinks can do for us or will do to us. Let’s examine the research as it pertains to coffee.

In the United States, 85% of adults consume 1.5 cups of coffee each day. (4) Coffee itself does not contribute calorically to the diet; however, what it is mixed with often-times does.

Coffee is not a source of any macronutrient (protein, carbs, fat) and only contains small amounts of some micronutrients like potassium and magnesium. Since the vast majority of coffee is water, the amounts of these minerals can vary.

There is a widely held belief that coffee may not count towards your daily fluid needs. Although it may have a mild short-term diuretic effect, coffee can contribute to a person’s daily fluid needs. Research shows that caffeinated coffee up to 5 cups a day does not cause dehydration. (5)

Regular consumption of coffee can help in the following ways.

Antioxidants play a critical role in how coffee may help improve inflammation by reducing oxidative stress. (3) Several studies show an increase in antioxidants in the blood after coffee consumption.

More research is needed to claim a cause and effect relationship. But it’s safe to say a strong correlation exists between coffee consumption and a reduction in inflammation in the body. (6)

In moderate doses (1–3 cups a day of coffee), caffeine can reduce fatigue and increase alertness. (7) Caffeine also increases mental performance and may reduce the risk of depression. High doses, however, can increase anxiety and symptoms of depression.

According to animal studies, chronic caffeine consumption may enhance resistance to stress, which has implications for Alzheimer’s disease and Huntington’s disease. (8)

ALSO READ: What 3 Cups of Coffee per Day Can Do for Your Liver?

4. Enhances the effect of pain relievers

Caffeine is commonly used with nonsteroidal anti-inflammatory drugs (NSAIDs, such as ibuprofen) and acetaminophen to enhance their effect. As you would expect, caffeinated coffee has been shown to help the effects of such medications. (11)

An inverse risk has been shown between coffee consumption and coronary artery disease. The greatest risk reduction was seen with those consuming 3–5 cups per day. (12)

Moreover, coffee consumption may inhibit inflammation, reducing the risk of heart disease in postmenopausal women. (6) The possible cardiovascular protection may only exist with filtered coffee.

However, with consumption of high amounts (~6 cups per day) of unfiltered coffee such as French press coffee, an increase of low-density lipoprotein cholesterol has been shown, thereby increasing the risk of cardiovascular events. (13)

6. May aid in weight maintenance

Studies show that caffeine may improve energy balance by reducing appetite and increasing the metabolic rate. (14) At doses of 6 cups of coffee, a day, slightly less weight gain was observed over time. (15)

It is important to note, however, that coffee is often consumed in forms that are high in calories and added sugars. Therefore, any potential aid in weight maintenance would come from plain, caffeinated coffee.

Observational data consistently show that the more coffee consumed, the greater the reduction of risk of type 2 diabetes. This association was seen for both caffeinated and decaffeinated coffee. (16)

It is important to note that insulin sensitivity can occur with short-term caffeine intake. However, consumption of 4–5 cups per day of caffeinated coffee for up to 6 months does not show increased insulin resistance. This implies that tolerance develops over time. (17)

8. Does not increase the risk of cancer

Strong evidence exists to show that neither coffee nor caffeine is associated with an increased incidence of cancer and death from cancer. (18)

Coffee consumption has been associated with a reduced risk of gallstone formation in both caffeinated and decaffeinated coffee, although a stronger association is seen with caffeinated.

The risk of kidney stone formation has been shown to decrease with both caffeinated and decaffeinated coffee. (9)(10)

An inverse relationship between all-cause mortality (all causes of death) has been shown with coffee consumption. This reduction was shown for both caffeinated and decaffeinated sources.

Consumption of 2–5 cups of coffee per day appears to be the strongest association with reducing the risk of death. (20)

Much of the research above may be from caffeine directly. However, many of the protective health effects are shown in both caffeinated and decaffeinated sources of coffee, implying an effect of the coffee itself.

More research is needed to determine the exact components of coffee, contributing to each of the benefits.

The bottom line is that consumption of 3–5 standard cups (8 ounces) of coffee daily has been consistently shown to reduce the risk of chronic disease and mortality in non-pregnant adults. (19)

The evidence is not strong enough to recommend coffee for disease prevention, but it strongly supports its role in a healthy diet and lifestyle. So, go enjoy your cup of Joe!

Coffee is often used as an energy drink. It is a staple morning beverage people consume for waking up and a boost of energy.

Moreover, coffee – both caffeinated and decaffeinated – possesses various other benefits for your health when consumed in moderation. It can help prevent different chronic diseases and aid in the management of diabetes and weight.