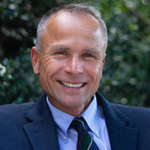 Dr. Christian Pope is Board Certified in Obstetrics & Gynecology and a Fellow of the American Academy of Obstetricians and Gynecologists with a practice drawing widely from South Eastern Massachusetts and Eastern Rhode Island regions. He is a long-standing medical staff member and past Chair of Obstetrics and Gynecology at St. Luke’s Hospital of SouthCoast Hospitals in New Bedford, Massachusetts, and is in private group practice at Hawthorn Medical Associates, Inc.

He received his Obstetrics and Gynecology training at the Tufts University School of Medicine, Baystate Medical Center. He has authored articles in noted peer-reviewed journals as well as book chapters. He has been recognized for his achievements in medical education by receiving “Excellence in Teaching” and “Outstanding Obstetrical Performance” awards from Tufts University School of Medicine, and most newly, he was honored with the Southcoast Hospitals Physician Recognition Award.

He has had the pleasure of working with the local RAPPP Program (Responsible Attitudes Toward Pregnancy, Parenting & Prevention Program) in recent years, helping educate both local teachers and teens. Dr. Pope also was a featured contributing newspaper columnist where he is known for his promotion of women’s health topics in The Standard Times.

How Does COVID-19 Affect Pregnant Women, Explained by an OBGYN

Are Pregnant Women at a Higher Risk of COVID-19 Infection? Pregnant women are considered an at-risk population for Coronavirus (COVID-19), with...

What You Need to Know About Period Problems, According to a Gynecologist

Menstrual irregularities are very common during the first few years after puberty. Once you enter into adolescence, your entire hormonal system...

Menopause and Hormonal Therapy, Explained by an OBGYN

Most women in the developed world will spend greater than a third of their lifespan in menopause. No wonder then that...