Different Types of Contraceptives and Their Effectiveness

Contraceptives refer to a group of methods that prevent pregnancy, also known as birth control or contraception. 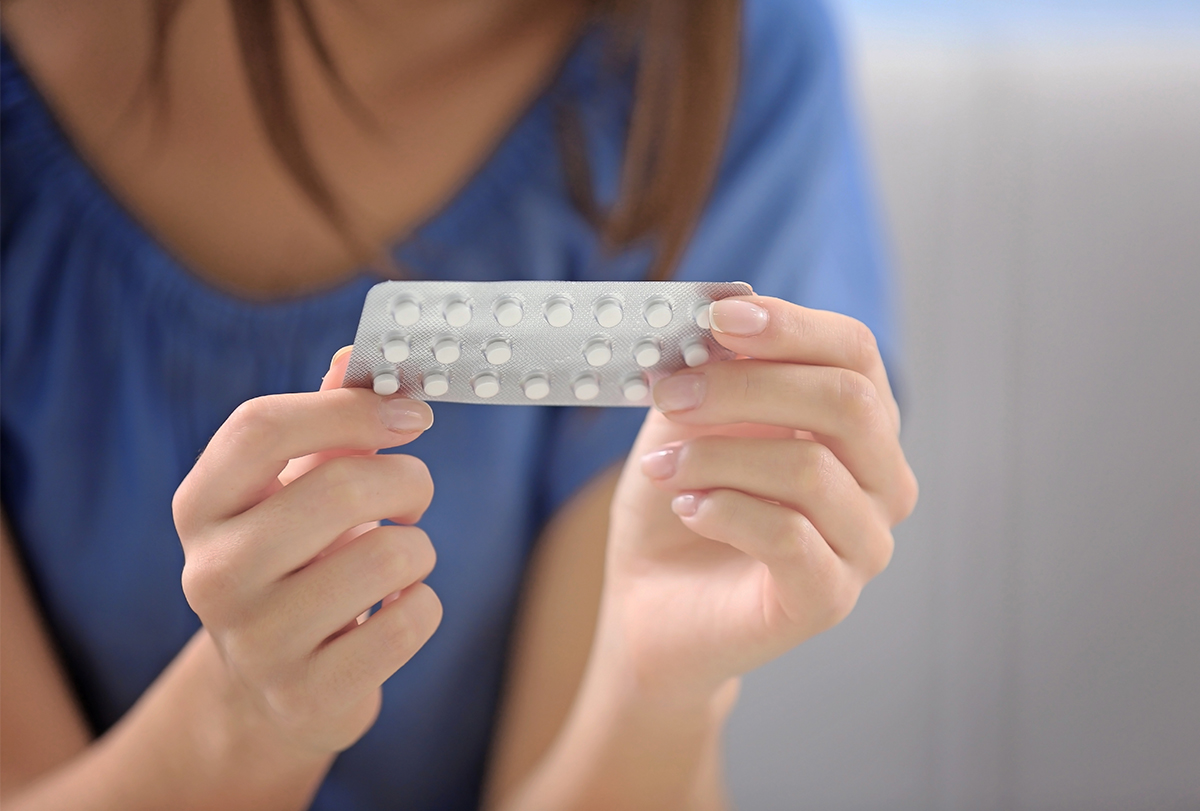 Over the past several decades, contraceptive options have expanded broadly, and women have access to many choices that our mothers and grandmothers could hardly have imagined.

This affords women the ability to plan better for their families and careers and to take better care of their health than ever before.

This article is a brief overview of the current landscape of contraceptive options.

Different Types and Mechanisms of Contraceptives

These contraceptives induce hormonal changes that affect your menstrual cycle in a way that prevents the monthly release of egg from the ovaries into the fallopian tube (ovulation). So, there is no egg for the sperm to fertilize that can lead to a pregnancy.

This lack of ovulation will persist so long as you are taking the hormonal contraceptive, which usually has a 90% success rate but can prove even more effective if used correctly.

Since the sperms can’t reach the egg present inside the uterus, the egg remains unfertilized and pregnancy does not occur. These barrier contraceptives often contain or are used along with spermicides that kill, inactivate, or repel sperm cells.

Most barrier contraceptives can be bought over the counter at any pharmacy without the need for insurance, but diaphragms and cervical caps usually require a prescription.

Long-acting reversible contraceptives (LARC) include 3–10-year intrauterine devices (IUDs) and 3-year implants that are inserted into the uterus by a nurse to provide long-term contraception. Many of the IUDs contain progesterone, as does the implant, so they carry some of the same benefits of other hormone-based methods.

Like hormonal IUDs, implants also release a low, consistent dose of progestin hormone into the uterus. Progestin works by thickening the mucus lining of the cervix to an extent that sperms cannot pass through it into the uterus. It simultaneously breaks down the inner lining of the uterus (endometrium) so that even if the egg is fertilized, it cannot latch on to the uterus and develop an embryo.

Nonhormonal IUDs are made of copper, which repels sperm cells and thereby inhibits fertilization. LARCs are also known to suppress ovulation.

Long-acting nonreversible sterilization or permanent sterilization is available for men and women in the form of vasectomy and tubal ligation, respectively. These methods are highly effective and generally regarded as irreversible, but they are costly.

Vasectomy is typically done in the surgeon’s office, while tubal ligation is done in the OR under general anesthesia.

Sterilization is a one-time contraceptive option available for individuals and couples who are done with childbearing or wish never to conceive.

In many of these cases, LARC methods are also ideal as they are equal to or more effective than sterilization. They also have the added advantage of lightening the menstrual flow and being administered in the office setting.

Abstinence means you don’t engage in sexual intercourse, leaving no chance for a pregnancy. The withdrawal method, also known as coitus interruptus, involves stopping sexual intercourse before sperm ejaculation, but this can be risky if not timed properly.

Lactational amenorrhea or postpartum infertility refers to the temporary absence of menstruation following childbirth in women who exclusively breastfeed their newborn. The continuous lactation increases the level of prolactin hormone in the mother’s body, which in turn inhibits the production of another hormone called gonadotrophin needed for ovulation. Without ovulation, pregnancy cannot occur. Lactational amenorrhea can last for 3 to 6 months.

Lastly, the rhythm method, also referred to as the fertility awareness method, entails monitoring your menstrual cycle through a calendar, cervical mucus method/Billings method, or thermometer (symptothermal method) to skip sexual intercourse during peak fertility and thereby minimize your chance of getting pregnant.

Emergency contraception (2) is also called the-morning-after pill or the next day birth control. It is now widely available without prescription.

The goal of emergency contraception is to prevent a pregnancy from occurring after unprotected sex has taken place. This may be done with oral progesterone or levonorgestrel tablets designed specifically for this purpose, combination oral birth control pills taken as prescribed by a physician (which can cause nausea in emergency doses), and the hormone-free IUD, which can then be left in place for ongoing contraception.

Birth control pills are known to trigger nausea, whereas levonorgestrel pills generally don’t have any such side effect.

While no contraception is 100% effective other than total abstinence, most modern contraception is highly effective. Available methods can generally be ranked according to effectiveness, which is called a pearl index. (3)

The more consistently a method is used, the more effective it is, which is why IUDs trump methods that depend on the user. The beauty of implants and IUD is that they are basically “get it and forget it” methods until it is time for them to be removed.

Condoms alone are less effective (about 80% effective) than LARC and hormone-containing options, but they are excellent backups to any other form of birth control, giving the user added protection.

Sponges are about 70%–80% effective. They are also the only contraceptive method that helps prevent sexually transmitted infections. (4)

For best protection, use a latex condom and avoid an oil-based lubricant, which can reduce condom integrity and increase the risk of pregnancy and infection. You can use water-based lubricants.

The following are the values of the failure rates of various contraceptives:

There are many benefits to using contraceptives in addition to pregnancy prevention. In fact, various types of hormone contraception are widely used to treat a variety of gynecological and medical conditions, such as: (5)

Side Effects of Contraception

While contraceptives of all types are generally safe for most women, there are some potential side effects, and these will vary with the type of contraceptive being used.

In general, hormone-related methods may be associated with irregular bleeding. This is almost always temporary and typically resolves without intervention.

Note: Because infection and pregnancy can also cause bleeding, it is important to be aware of these possibilities and get an evaluation if needed.

Occasionally, hormone-based contraception may cause side effects such as weight gain, mood alteration, acne, or low libido. Rarely, side effects may be more serious and typically occur in women with underlying risk factors. These include blood clot formation (thrombosis), heart attack, and stroke.

Proper screening before the use of any contraceptive method with your provider will help to reduce these risks.

The answer to this question depends upon several factors, including your medical history, willingness toward starting a family, age, sexual history, career goals, cultural beliefs, and psychological status, among others.

Your healthcare provider can help you navigate through some of these crucial factors before you settle on any contraceptive method.

Understanding the pros and the cons along with the efficacy rate of each birth control method is also important. For instance, if you are allergic to latex, it is best to avoid latex condoms and other barriers.

If you cannot take estrogen-based contraceptives, you can try the ones based on progesterone or progestin. All of this will be told to you by your doctor.

Who Should Avoid Contraception?

For women with certain medical conditions, it is best to avoid estrogen-containing contraceptives. Some of these conditions include high blood pressure (hypertension), clotting disorders, smokers over 35, and migraines with aura.

The preferred methods would then be hormone-free or progestin-only methods (progestin-only pills, injection, implant, or IUD). These same methods are also approved for breastfeeding women and those who are sensitive to or nauseous on estrogen-containing methods.

In any of these scenarios, it is best to check in with your medical provider first. In fact, it is advisable first to meet with your provider before starting any new contraceptive medication to make sure it is compatible with your current treatments and health conditions.

While none of the methods described in this article work 100% of the time, most modern contraceptives are widely accessible and offer women safe and reliable contraception far beyond what was available just a few decades ago.

In most cases, these contraceptives may be used until menopause, and for many women, they help manage gynecologic issues as well. Your medical provider can help select the best options for you.