The kidneys play a vital role in clearing body wastes and maintaining body fluid levels. Therefore, it is essential to have knowledge about the causes of kidney damage and avoid those habits that can harm your kidneys, such as a lack of fluid intake or sleep. 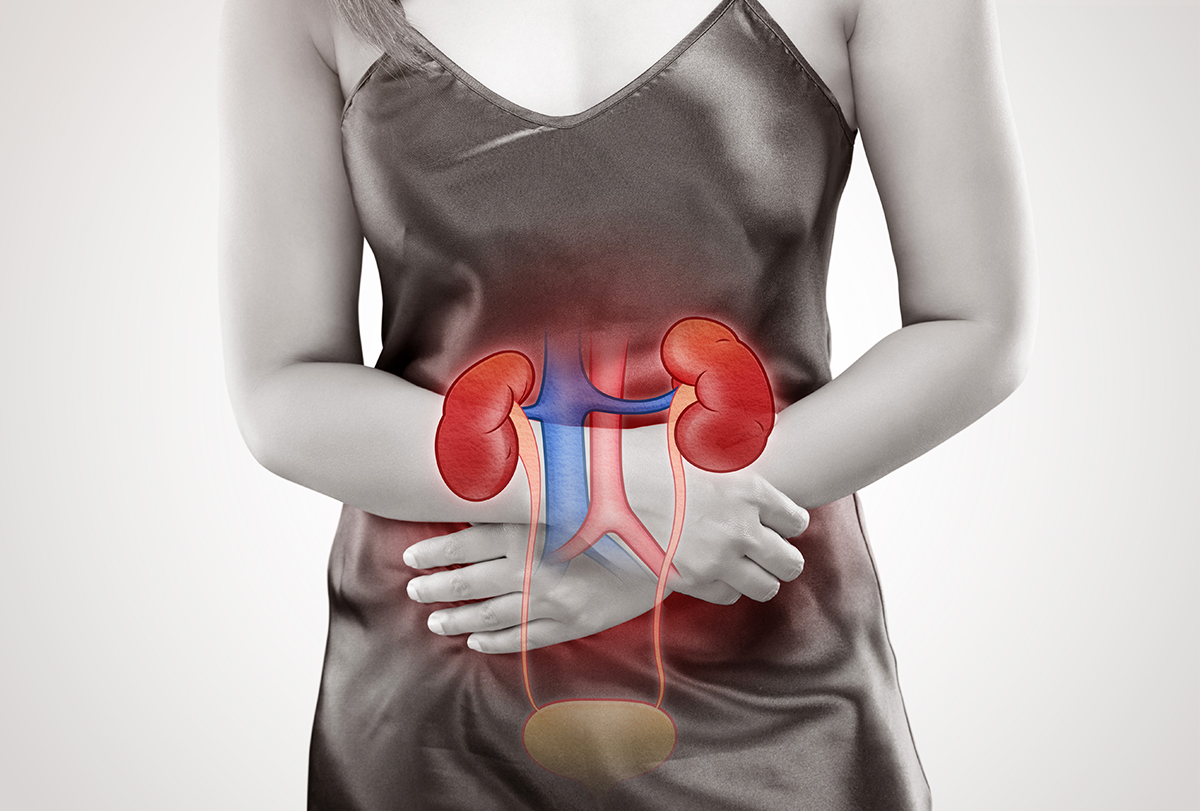 The normal clearance of certain excess or potentially toxic elements from the body occurs within healthy kidney tissue. Under certain conditions, slowed or even absent clearance of these substances may result.

The rising levels of certain toxic molecules may cause a progressive lack of appetite, nausea, vomiting, itching, difficulty with thinking, coma, and even death. Although, a harmful condition, such as changes in the concentration of specific ions or even a buildup of fluid, may occur and lead to kidney malfunction or damage relatively quickly.

While there are exceptions, most situations in which the kidneys fail to function properly are not accompanied by a perceivable discomfort. So, in scenarios in which kidney dysfunction or damage is suspected, one must look for changes in certain laboratory tests.

One marker that can be measured to determine a person’s kidney filtration activity is the blood concentration of a substance called creatinine, the serum creatinine level.

In the setting of either an acute kidney injury (AKI), in which the kidney tissue has been recently impaired or damaged, (1) or a chronic kidney disease (CKD), in which permanent damage to kidney tissues has been established for a long time, (2) the serum creatinine level will usually be higher than expected.

Because this correlation is relatively strong, a variety of equations have been developed that utilize an individual’s serum creatinine level in addition to a few other individual characteristics to estimate GFR (eGFR).

Given that many situations may occur, which can lead to kidney injury and permanent kidney dysfunction, it is useful to discuss these conditions within a commonly used framework by physicians. The terms prerenal, intrinsic renal, and postrenal are used in the categorization of the various causes of kidney harm. (3)

A prerenal state is a condition in which kidney dysfunction has occurred because of inadequate blood flow to the kidney tissue.

Conditions in which kidney blood flow may become significantly reduced include those in which a significant amount of fluid has been lost from the body, such as:

A prerenal state can also evolve rather quickly if normal water and salt intake are significantly restricted.

Avoiding excessive fluid losses or a prolonged reduction in fluid intake is the best way to avoid a prerenal state.

Because the optimal fluid status of an individual may be highly variable and based on a number of preexisting health conditions, it is important to discuss this issue with a physician if the person is considering changing their present intake of water or salt.

It is vital to note that in some instances, a higher intake of fluid than is normally consumed may lead to very harmful consequences, including a dangerous imbalance of the blood’s sodium concentration, higher blood pressure, and congestive heart failure.

Overall, however, in most individuals, a prerenal state can be avoided successfully if activities that may be thought to enhance fluid losses are considered carefully prior to them occurring.

If a person suspects they may be developing or have developed a prerenal state, quick fluid restoration is advised in most cases. (4)

In cases where oral restoration is not practically possible (such as when a person is vomiting), fluid replacement is best accomplished in the hospital setting under the guidance of medical experts using intravenous fluids.

However, it is important to note that water does not efficiently correct an underlying deficit in kidney blood flow. Instead, in most cases, a combination of water and salt is much more effective. An example of this occurs in cases of intravenous fluid administration.

In the home setting, taking enough fluid and salt (such as with salty foods including pickles, olives, and soups) to promote a higher blood pressure generally acts to correct a mild prerenal state.

An intrinsic renal state is a condition in which kidney damage has occurred but not due to lack of adequate kidney blood flow (a prerenal state) or obstruction of urine outflow (a postrenal state).

As with both prerenal and postrenal conditions, an intrinsic renal state will eventually lead to a loss of GFR.

Intrinsic renal conditions are sub-categorized into those impacting primarily:

Many diseases can cause dysfunction and damage to any of the specific areas (glomeruli, vasculature, tubules, interstitial space) within the kidney.

In cases in which an intrinsic renal condition may also impact parts of the body in addition to the kidney tissue, a multitude of symptoms or signs may develop, such as:

The symptoms or signs present in situations in which the kidney tissue is primarily affected may be profound or quite minimal initially. Many conditions in this category may be associated with either protein or blood in the urine. These can be readily detected with basic urine tests.

Although not especially common, some patients with certain intrinsic renal conditions may report the onset of flank pain.

Specific actions that a person may actively take to prevent or slow the progression of a preexisting CKD include:

Some specific causes of intrinsic renal states may be treated with specific medication, such as those that might target a component of the immune system that is acting to produce kidney damage.

In all cases, the management of either AKI or CKD arising from an intrinsic renal state involves ongoing surveillance, identification, and correction of a number of complications that may ensue with the progressive loss of kidney function. These include:

A postrenal state is a condition in which kidney dysfunction or damage has occurred because of either an incomplete or complete blockage of the outflow of urine from either one or both kidneys.

As with both prerenal and intrinsic renal conditions, a postrenal state eventually leads to a loss of GFR.

Any process that impedes the outflow of urine from a kidney or kidneys causes a postrenal state. Common causes include:

In the case of an obstructing kidney stone, one goal that should be accomplished following the obstruction’s immediate treatment is to prevent the formation of future stones.

Additionally, a study of the urine to measure the various components that contribute to stone formation may also be helpful. (9)

In the cases of certain tumors, routine cancer surveillance, as indicated by practice guidelines, will tend to identify certain cancers earlier, thus decreasing the chance of tumor-related urine outflow obstruction.

For patients with abnormal urine frequency or the perception of incomplete bladder emptying following urination, an evaluation by a medical professional trained in such scenarios may more quickly identify and correct a problem before its evolution to cause the postrenal state.

As there are many different types of stones, there are different specific remedies to employ in the case of a postrenal state caused by a kidney stone.

Therefore, guidance from a trained expert in stone disease (usually a nephrologist or urologist) is crucial to quickly identify the correct dietary or medication solution to be initiated.

Generally, however, for stone formers without specific contraindications, increased fluid consumption is advised so that the overall concentrations of urine constituents, which may coalesce to form crystals, will be lowered, thus reducing the chance of stone formation.

For obstruction caused by other non-stone issues, cessation of the offending medication that has caused bladder dysfunction or treatment of ureteral compression via ureteral stenting may lead to quick restitution of relatively normal urine flow.

It is imperative to modify your lifestyle habits to preserve your kidney’s health, and thus your overall well-being. This is more so important with advancing age as the risks of kidney stones and damage increase in old age.