Home > Ear, Nose & Throat > Nose > How to Stop and Prevent a Nosebleed

How to Stop and Prevent a Nosebleed

Epistaxis, (1) commonly known as a nosebleed, is a medical condition wherein blood flows out of one or both of the nostrils due to some kind of irritation or injury to the blood vessels lining the inside of the nose. 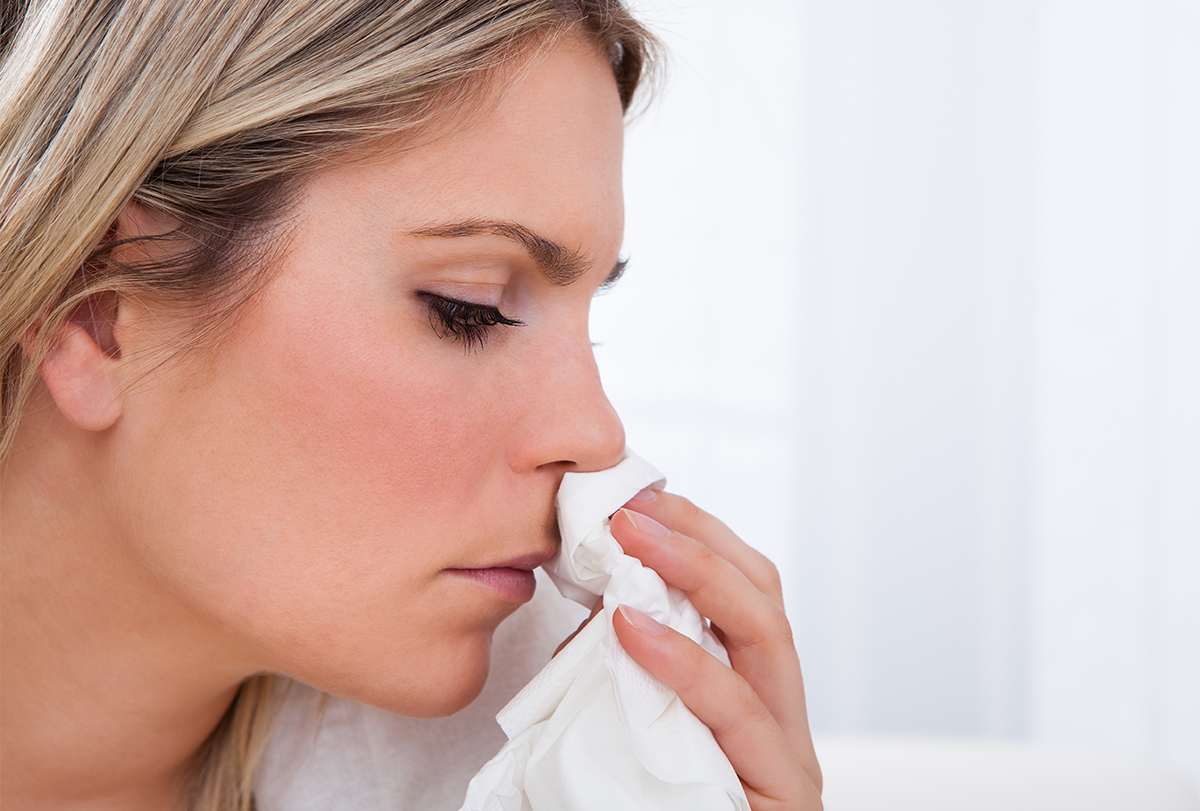 These blood vessels are fairly superficial, which means that they can be easily damaged with the slightest irritation.

It can take a few seconds to over 10 minutes for a nosebleed to cease completely. The volume of blood flow can range from light to heavy in different cases of epistaxis.

Nosebleeds are common with as many as 60% of the global population experiencing this ordeal at least once in their life. (2) Merely 10% of all nosebleed episodes are serious enough to warrant medical help, while most of them resolve on their own.

Although people from all age groups are susceptible to nosebleeds, it is more prevalent among young children (aged 2–10 years) and older adults (aged 50 – 80 years). (2)

The risk of such severe nosebleeds increases with age, which means the geriatric population is the most affected.

Nosebleeds are basically of two types:

Anterior nosebleeds are usually characterized by light bleeding that occurs in the front part of the nose and runs out through either of the two nostrils.

Posterior nosebleeds, as the name suggests, start at the back of the nose and usually involve fairly heavy bleeding that may trickle out of both nostrils. A substantial amount of blood may even drain down the throat.

This condition is mostly a consequence of some underlying health problem and affects the elderly population more than the young ones.

Several causes can trigger a nosebleed.

Signs and Symptoms of Nosebleeds

Most cases of nosebleed are characterized by the dripping of blood from a single nostril; unless your bleeding is unusually heavy, in which case, there may be spillage into the other nostril as well.

The overflowing blood may even trickle down the throat and into the stomach and later be coughed up in the form of bloodied sputum or vomit.

In rare cases, people may even encounter various signs of weakness during a heavy nosebleed, such as:

First Line of Treatment for Nosebleeds

Here’s what you need to do to get relief from a nosebleed.

Perhaps the most common way to stop a regular nosebleed is to apply pressure to the source of bleeding on the nasal septum. The pinch-the-nose strategy works on the same principle and almost always yields quick results.

A cold compress or an ice pack may help stop the blood flow by shrinking the blood vessels inside the nose.

Note: To reiterate, always wrap the ice in a cloth or towel before applying it to your skin, as direct application can further irritate the skin and even cause frostnip.

Prolonged or excessive bleeding from the nose may warrant medical assistance. Some of the most commonly used or recommended medical interventions, (4) for nosebleeds include:

Diagnosing the Cause of Nosebleeds

A nosebleed is typically a result of some underlying health problem that can be diagnosed through the following tests:

Here are some simple measures to keep your nasal membranes well hydrated and less prone to bleeding:

You can minimize the risk of nosebleeds by keeping your nasal membrane moist and safe from injury and by improving the structural integrity of your blood vessels. Here are a few ways to achieve that:

Nosebleeds are often a result of an overly dry and crusty nasal cavity, which is prone to irritation and injury. Thus, it is essential to restore moisture to the dried-out nasal membranes, particularly during the arid winter months.

Saline water is a safe, easy, and nontoxic solution in this regard, as it can help hydrate and soothe the sensitive mucous membranes without triggering any severe side effects. (5) To make your saline solution, add a pinch of salt to ½ cup of water, and mix it well.

There are also multiple varieties of commercially available saline nasal mists, drops, and sprays that can get the job done.

Saline water can be tried for the management of recurrent anterior epistaxis, especially because saline water is not associated with any harmful side effects.

Children are generally more prone to nosebleeds than adults because they are not careful about handling their nose, especially during winter or when they come down with a cold and develop a dry, flaky nose.

The following habits can contribute to this problem:

Nosebleeds: What Not to Do?

The following points will debunk some of the common myths associated with nosebleeds and how to stop it:

Persistent or heavy nosebleeds can also result in an anemic (6) condition and cardiac dysfunctions.

You must seek medical care from a physician, preferably an ENT specialist or surgeon, if:

Can alcohol abuse lead to nosebleeds?

Yes, alcohol can affect the production and quality of platelets and clotting factors, which can predispose to nosebleeds.

Is it normal to have nosebleeds during phases of high stress?

It is generally not normal to have nosebleeds, but if someone is prone to nosebleeds, stress can certainly make a nose bleed, especially if it leads to an increase in blood pressure.

About Dr. Jordan Glicksman, MD, MPH, FRCSC: Dr. Glicksman is an otolaryngologist and a head and neck surgeon, with fellowship training in rhinology and skull base surgery. He is also a lecturer (part-time) at Harvard Medical School.

The sight of blood gushing out of your nose can be quite alarming, but the fact remains that most cases of nosebleeds are fairly mild, nonthreatening, and can easily be treated through simple self-care measures at home.

But medical attention is required if they occur frequently or cause copious blood loss that may stem from an underlying medical problem such as hypertension or blood clotting disorder.

Nosebleeds that result from an injury or trauma to the nose can pave the way for potentially serious complications if not tended properly and in time.