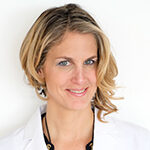 Dr. Lea Lis is a double board-certified adult and child psychiatrist and an expert on child psychology and sexuality. She aims at improving the mental health of children and families in her thriving private practice in Southampton New York.

Psychiatry and medicine are Dr. Lis’ calling since age 15 when she started working at Hillside Psychiatric Hospital. During her training and residency at St. Vincent’s Hospital in New York and New York University and her private psychiatric practice (Mindful Kid), she has developed expertise in working with modern families of all types.

Dr. Lis believes that children thrive in loving and respectful environments. Her goal is to help all parents raise strong, secure, and resilient children who become strong, secure, and resilient adults — an aspiration that resonates across the lines of identity and sexuality. She also has a passion for working with children and teenagers, especially when it comes to sex education.

Over the years, she has helped countless families deal with difficult practical and psychological issues – pregnancy, addiction, depression, promiscuity, etc. – that could have been avoided with education, communication, and an understanding of personal boundaries.

Dr. Lis has a well-received column on Psychology Today and Thrive Global and has appeared as an expert on parenting in programs by ABC, CBS, and NBC. She has been featured in numerous media outlets such as The Chicago Tribune and The Washington Post and in niche publications such as Good Housekeeping, Modern Beach Luxury, and Psychiatric News. She also has been interviewed as an expert on multiple podcasts.

Dr. Lea is active in the American Psychiatric Association, having served as a member of their National Ethics Committee and on the Board of Trustees. She also served as assistant clinical professor of psychiatry at New York University Medical Center and has presented numerous symposia and workshops at the annual APA meetings and at the meetings of the Institute of Psychiatric Services. Her academic publications have appeared in the Journal of Psychiatric Practice and the Journal of Academic Psychiatry.

Dr. Lis calls herself as the Shameless Psychiatrist. She shares insights on child psychology and sexuality on her Instagram (@shamelesspsychiatrist), Twitter (@shamelesspsych), and Facebook (@drlealis) accounts.

Everyone knows that children are highly impressionable beings, but this isn’t merely about how quickly they pick up habits but also...