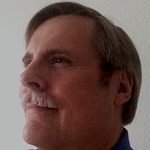 Dr. Anthony Payne is a faculty member at Akamai University (AU) School of Health and Wellness since 2004. He has also been a contributing biomedical theoretician and web content writer at Nova Cells Institute of Mexico, a stem cell medicine program, since 2009.

Convinced that the best way to approach human nutrition, pathology (acquired chronic diseases), and wellness is to have a solid grounding in human evolution including evolutionary biology, Dr. Payne studied physical anthropology autodidactically and formally. He earned a bachelor’s degree in paleoanthropology and a master’s degree in physical anthropology from Columbia Pacific University (California, USA). He also studied Heilpraktiker-related subjects and was awarded a diploma from the Werner Hoeferlin Institut fur Beruftlichte WeiderBildung in Germany. He then earned a doctor of nutritional medicine degree from Aksem Oriental Medical School, Hearts of Jesus and Mary College, in the Philippines. In 1997, he was awarded an honorary MD degree and two international medals in science by the Senate of Open International University for Complementary Medicine for his seminal paper in the field of oncology theory.

Dr. Payne had the privilege to work with physicians (MD, DO), supplement manufacturers and their product development researchers, and bench scientists (biomedicine, agriculture). He also worked in the education sector, including teaching English as a second language in Japanese universities and private schools plus courses in writing/EAP/English for lawyers, businesspeople, engineers, and scientists in Tokyo, in communications, and for various firms that have retained him as a consulting/contributing biomedical theorist.

Foremost among his passions is helping people help themselves and others. He does so in many ways including “word weaving,” which is aimed at making complicated medical and scientific information, developments, and discoveries “lay reader-friendly.” Dr. Payne authored Natural Medicine: Remedies & Resources (Westar Publishing, 1998) and Naturopathic Medicine: A Primer for Laypersons (SFSCM Press, 1997). He also coauthored Umbilical Cord Stem Cell Therapy: The Gift of Health from Healthy Newborns (Basic Health Publications, 2006) and Health Benefits of Vitamin K2 (MK7) (Basic Health Publications, 2008).

What Makes Jackfruit Good for You: Health Benefits and Nutritional Facts

Jackfruit is the largest tree-borne fruit in the world, and its bright-yellow edible pods are very sweet and juicy. There’s a...

Amla (Indian Gooseberry): 10 Health Benefits and How to Eat It

Amla is a very common ingredient that is used in a number of Ayurvedic preparations. Also known as Indian gooseberry and...

Vitamin K is an essential fat-soluble vitamin that plays an important role in both bone and heart health. Vitamin K is...

The use of natural ingredients to remedy or relieve various health problems is increasing with every passing year and for good...