Home > Women's Health > Breast Conditions > If I Can, You Can! My Fight Against Breast Cancer

If I Can, You Can! My Fight Against Breast Cancer

Surviving a long battle with breast cancer has made me deeply sympathetic to the pain of others like me who are currently in the throes of the disease. 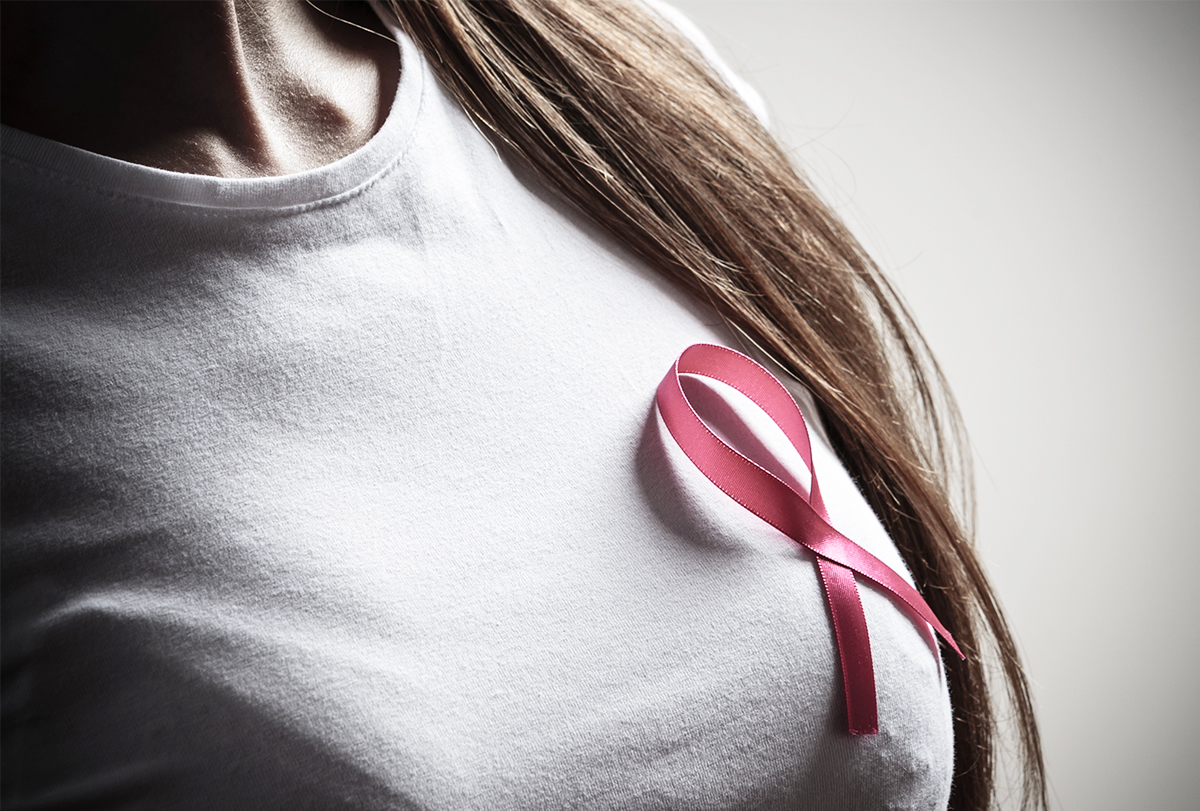 I would like to make the most of this new lease of life, not just for myself but for others too. Most other survivors who put themselves out there, whether online or in a group, are always willing to talk.

Even if you don’t have the same cancer, we are all part of one big dysfunctional family.

When Was I Diagnosed With Cancer?

No one was more surprised by my cancer diagnosis than me. I was 37 years old, a very healthy young woman in the best shape of my life. I am an adult league recreational hockey player and was getting in shape for the upcoming season when my cancer was detected.

What Made Me Consult the Doctor?

I had felt a lump above my right breast; it didn’t hurt, but it was there. I hadn’t had a physical in a while since I moved to my new home state of Michigan, so I had a new primary care physician.

She referred me to a doctor who did mammograms and a biopsy on my lump. The doctor told me I would hear the test results in a couple of days. I wasn’t worried because I didn’t have any symptoms of being sick. In fact, I felt great at the time and even went to the gym a few times a week.

When your doctor calls and says, “We have your results. Can you come to the office?” that’s never a good sign. They never want you to come in for good news that they can tell you over the phone. I knew it was bad news. I knew it was cancer.

How Did I React to the Diagnosis?

I don’t remember the drive over to my doctor’s office at all. I remember waiting in the office for her, and she wanted my then-boyfriend, now fiancé, to come to the office.

He was working an early shift that day, so he wasn’t answering his phone, but I couldn’t wait any longer, so I yelled at my doctor to “just tell me!” She said, “It’s cancer.”

I don’t know what else she said after that. It sounded like the adults in the Peanuts cartoon. Blah blah staging blah blah tumor. She said I had to go back to the doctor who did the original biopsy and get a stereotactic biopsy done.

I went back to the doctor who did my original mammogram and biopsy for the stereotactic biopsy, which looks like a prop from a Star Wars movie. He told me that he has been doing this for 25 years and had only been surprised by a handful of diagnoses, mine being one of them.

What Cancer Treatment Did I Undergo?

My primary care doctor set up my surgical consult and oncology consult: Dr. Brown and Dr. Smith, respectively. Being an entertainment junkie, I immediately thought of Back to the Future and Lost in Space. Thankfully, that wasn’t the case.

I immediately liked my oncologist, Dr. Smith. He was no-nonsense but got my sense of humor. I had stage 1 grade 3 invasive ductal carcinoma. I was lucky I had gotten a second opinion through my hospital and they agreed with the course of treatment, which involved medication and radiation therapy and surgery.

For the medication and radiation therapy, I was prescribed four rounds of Adriamycin/Cytoxan, 12 weeks of Taxol, six rounds of radiation, Herceptin for a year, and then tamoxifen for 5 years. (1)

Just hearing the course of treatment put me into a state of panic. That is a lot to take in and a long time when you are just diagnosed.

For the surgery, Dr. Brown suggested a lumpectomy to remove some of my lymph nodes to see if they were cancerous and if my cancer had spread. (2) He also said if I wanted to, I could do a mastectomy because sometimes cancer can come back in the other breast. (3)

A lumpectomy was scary enough. I thought that was a good choice for my diagnosis to have the surgery before any chemotherapy. The reason was that if another surgery was needed post the lumpectomy since cancer had spread to other areas, the doctors could determine an alternative course of therapy.

Thankfully, however, the lumpectomy revealed that cancer hadn’t metastasized, and so I was declared cancer-free once the lump was removed.

How Did I Feel During the Treatment Process?

I think the hardest thing for me going through treatment was going from being so active to being so tired all the time, along with the hair loss.

I am not a vain person, but when the nurse said there is a good chance I will lose my hair, I really didn’t believe her. But 2 weeks after that day, clumps of hair were coming out in the shower.

My advice, get your head shaved. It’s been 12 years and the thought of it is still traumatic.

What Was My Support System Through the Cancer Journey?

I was very depressed during my treatment, not because there wasn’t a positive medical outlook, but because I felt isolated.

I felt that every time someone asked me how I was doing, they just wanted to hear I was doing good, not wanting to hear how miserable I was feeling. I let myself think that I was alone in thinking this.

I do have great friends and family, and they were there for me every step of the way, but when I was in the moment of treatment, in the tunnel, looking for the light at the end, I felt very alone.

At that time, there were not many blogs or online support groups to connect with. I was actually thrown out of an online support group because I was too angry. Hey, I was young and active, and then I got cancer. Who wouldn’t be angry? When that happened, I felt even worse.

Luckily, I had made friends with a lot of people connected with the American Cancer Society and the group Stupid Cancer. I was able to talk to them over the phone and via the Internet.

One of my friends, who is a colon cancer survivor, said, “We all feel this way; it isn’t just you.” That one simple sentence lifted the weight of isolation off my shoulders.

How Did I Cope and Stay Motivated During the Cancer Treatment?

I think the thing that got me through my treatment the most, besides trying to stay positive while being depressed (sounds odd, but it’s possible), is hockey and being able to ride my bike.

I love watching and playing the game of hockey, and there is nothing better on a cool summer night than a nice bike ride by the waterfront. I knew I would be able to do both of those again. When I was in the tunnel, both of those sports were the light at the end.

I started blogging in 2008 about my experiences, not because I thought anyone wanted to hear about it, but because I needed an outlet.

What Is My Appeal to Those Who Take Their Health for Granted?

Anyone who hasn’t had a checkup by a doctor just because they feel healthy should think again. I felt great too, but I had a cancerous lump growing in my body.

So, it is important that you go to a doctor for periodic checkups just to be sure that everything’s fine.

If you don’t like your doctor, get a new one. I had a friend; she had a spot on her liver. Instead of getting a biopsy, the doctor said, “Let’s wait and watch it.”

Well, how do you watch it? Yes, biopsies are scary, and cancer is scary. What is the alternative? Long story short, she waited, and she passed from cancer.

No one likes going to the doctor, but it is probably the most important appointment you can make.

How Will I Encourage Those Who Have Been Fighting the Same Battle?

I love talking to survivors, if they want. It is a hard call if they don’t want to talk. But I will never try and push them away.

I once sent a mug to a survivor I met only online; she lives in Germany. The cost of mailing was more than the mug, but the outcome was well worth it.

I will always try to help any survivor or caregiver who asks for advice (knowing that I am not a medical professional) about survivorship, cancer, hospitals, etc. If I can’t answer them, I will find someone who can. Like I said earlier, we are all one big dysfunctional family, like it or not.