Sleep apnea is a respiratory disorder characterized by repeated but brief interruptions in breathing during sleep that last for 10–30 seconds. In severe forms of sleep apnea, the patient may suffer hundreds of such episodes in just one night. 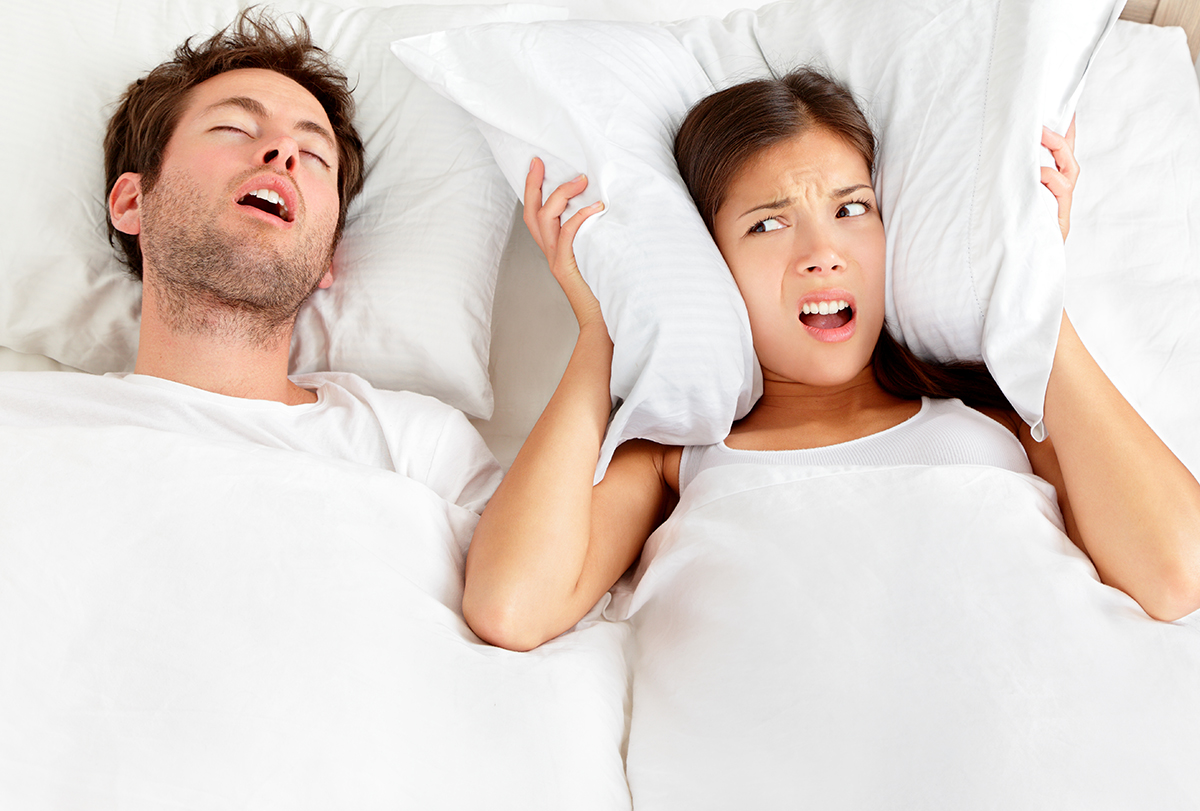 As the affected person unconsciously stops breathing, there is a sudden drop in oxygen within the body, which alerts the brain to wake them up so that they can breathe again. This happens in such a subtle manner that they may not fully wake up but regain just enough consciousness to resume breathing and then go back to sleep.

This is why a lot of patients with sleep apnea can’t break their slumber but remain restless throughout the night, which compromises the quality of their sleep. Thus, they don’t feel well-rested and refreshed when they wake up the next morning, which becomes a routine if this condition is not managed properly.

Not getting proper restful sleep can hamper immunity and overall body function, paving the way for numerous other ailments.

Sleep apnea is a serious breathing disorder of sleep in which the patient repeatedly stops breathing during sleep. There are three main types of sleep apnea.

Obstructive sleep apnea is usually characterized by obstruction of the pharyngeal airway during sleep that eventually resolves and hypoxia that, in turn, causes sleep fragmentation. The pathogenesis of obstructive sleep apnea is thought to be due to the interaction between unfavorable anatomic upper airway susceptibility and sleep-related changes in upper airway function.

Sleep is accompanied by multiple physiological changes relevant to respiration and ventilation. Sleep is associated with decreased wakefulness, loss of wakefulness and drive to breathe, and decreased metabolic rate, which eventually lead to reduced output of ventilatory motor signals to respiratory muscles, including to upper airway muscles.

The loss of wakefulness and drive to breathe makes respiration during sleep independent on mechanical step as a chemoreceptor stimulus. During sleep, decreased muscle activity is a physiologic phenomenon that is not detrimental in healthy individuals. However, in individuals with status of obstructive sleep apnea, this may promote upper airway narrowing.

The combination of all of this leads to narrowing of the lumen of the upper airway, and the airway walls are more deformed during the sleep state. It is for this reason sleep renders the upper airways more susceptible to closure in the presence of collapsing transmitted pressure.

Upper airway narrowing appears to be a universal finding. This eventually leads to turbulent airflow and fluttering of the soft palate and upper airway soft tissue during respiration, which explains snorting.

Central sleep apnea is another type of apnea in which the brain does not send proper signals to the muscles that control breathing. (3) It may also occur in healthy individuals while transitioning from wakefulness to non-rapid eye movement sleep, a phenomenon called sleep state oscillation.

Central sleep apnea occurs after a sequence of events where, first, any stimuli induce hyperpnea (forced respiration) during sleep. The hyperpnea then causes ventilatory overshoot and then hypocapnia (reduced carbon dioxide in the blood), which induces central apnea.

These episodes occur during an initiation of positive airway pressure therapy without a backup rate while being treated/evaluated for obstructive sleep apnea. They may occur despite significant resolution of obstructive respiratory events during a positive airway titration study.

It should be noted that there are no specific physical findings for treatment-emergent central sleep apnea. However, it should also be noted that most patients have physical features that are typical for patients with obstructive sleep apnea, which include but are not limited to obesity, crowded upper airway, and large neck circumference.

Many different factors can contribute to the onset and progression of sleep apnea. Some of these risk factors are:

Signs and Symptoms of Sleep Apnea

Patients who have obstructive sleep apnea usually complain of daytime sleepiness and feeling fatigued. Their partners often complain that the patient snores at night, gasps for air, chokes, or stops breathing while sleeping.

Patients who have obstructive sleep apnea often complain of daytime sleepiness. They are unable to fully remain awake or alert during the day or unable to maintain alertness during the wakefulness portion of the sleep-wake cycle.

Oftentimes, patients use the terms fatigue, difficulty focusing, low energy, and tiredness during the patient-physician interaction. Their bed partners often report that the patients feel sleepy or fall asleep during situations that are boring or monotonous.

For instance, people with sleep apnea fall asleep while reading, watching TV, or even driving. This has led to several motor vehicle accidents.

It should be noted that the absence of snoring, especially in those who are lacking risk factors such as obesity, reduces the likelihood of a diagnosis of obstructive sleep apnea. For example, a patient who has a history of mild snoring and a body mass index of 25 or lower is unlikely to have moderate or severe obstructive sleep apnea.

Some patients who gasp or choke during sleep often wake up with complaints of dry mouth in the morning. This is associated with snoring.

The headaches are squeezing in quality and are not associated with nausea, phonophobia (sound sensitivity), or photophobia (light sensitivity). The headache may last for several hours in the morning and happen during most days of the week after waking up in the morning.

The cause of the headaches is not well established. Currently, the proposed mechanisms for the headaches are thought to be from increased intracranial pressure, impaired sleep quality, vasodilation, or hypercapnia.

Other patients complain of nocturia. This is a common association with obstructive sleep apnea as patients usually wake up repeatedly from apneic events and experience the urge to urinate.

Here are some commonly used medical interventions for sleep apnea: (10)

To diagnose sleep apnea, your doctor will first inquire about your symptoms, bedtime routine, general sleep quality, and medical history. He or she may ask you if you feel lethargic or sleepy during the day for no plausible reason.

Oftentimes, patients loosely used the word fatigue. Fatigue should be distinguished from sleepiness. Fatigue is usually defined as a subjective lack of physical or mental energy that is perceived by the individual/patient’s bed partner to interfere with usual and desired activities.

The patient should also undergo a fatigue severity scale to identify and manage symptoms of fatigue. Oftentimes there is an overlap between fatigue and sleepiness.

Your doctor may ask you to undergo a sleep study test called a polysomnography, which is performed at a sleep disorder center. Adult patients can also opt for a home sleep test (HST), provided they are not asymptomatic, suffering from any severe ailment such as a neuromuscular disease, or diagnosed with other sleep disorders in addition to the suspected obstructive sleep apnea.

You need restful sleep to allow your body to heal and rejuvenate itself, but sleep apnea can make that increasingly difficult by causing restlessness, anxiety, and repeated sleep disruptions at night.

Without proper management, this condition can severely drain you out and adversely affect your physical, emotional, mental well-being. Plus, lack of treatment will only make the condition worse to the point that you may experience prolonged respiratory cessation, which can dangerously decrease your oxygen levels and cause hypoxia.

Even temporary loss of oxygen supply can cause irreparable organ damage and even death. Thus, sleep apnea should be taken seriously right from the very first episode. Delaying treatment is an invitation for more serious complications and must be avoided.