Fire ants are venomous, aggressive insects that have pinching mandibles on the head with which they can bite your skin. The female ones also have a sharp stinger on the rear of their body which is connected to an internal venom sac. 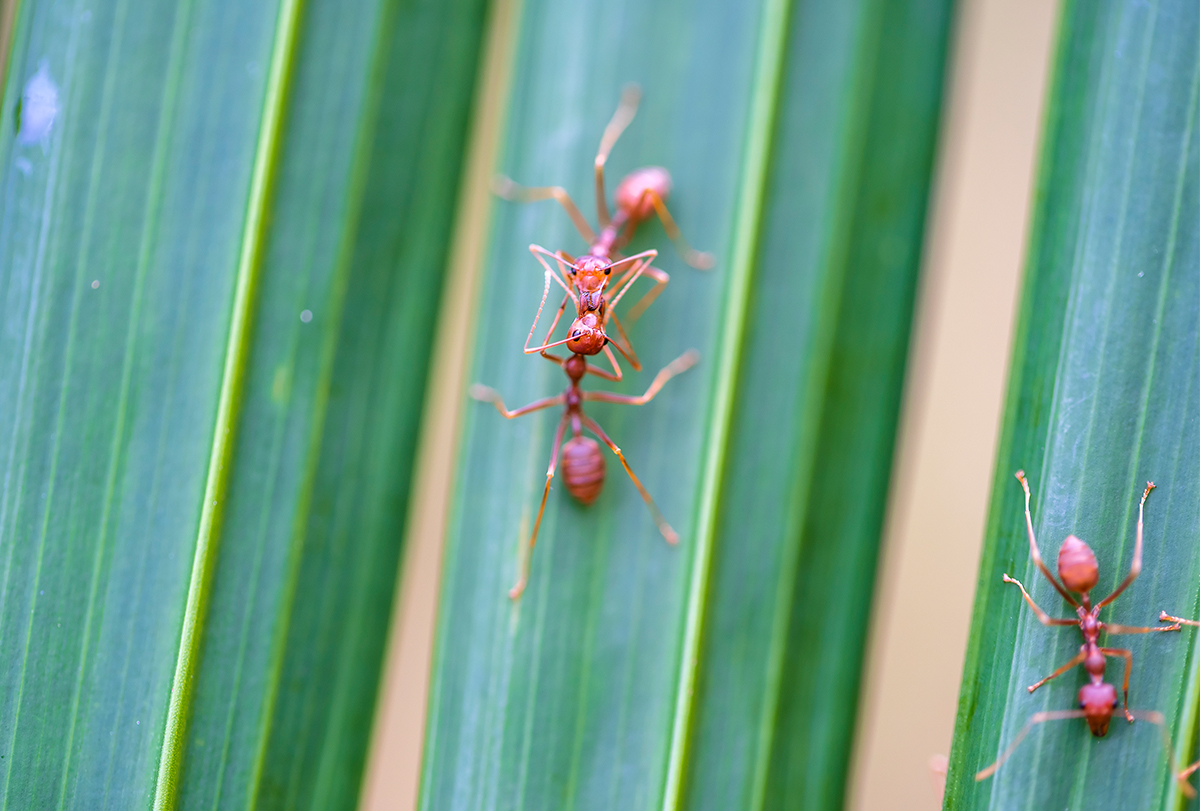 So, while male ants can only bite, female ants can both bite and sting. Both these forms of attack can hurt, but a sting produces a more extreme reaction. Good thing is these ants only attack in response to a potential threat, such as when they are being stepped on. But when they do, they usually do it in groups causing multiple stings or bites.

How Common Are Fire Ant Stings?

The barren terrain of the Southern U.S. like Texas is a suitable dwelling ground for fire ants where they can easily build their ant hills. Other states known for harboring ant hills include Florida, California, and Arizona. Therefore, people in these places are more likely to get stung by fire ants.

Fire ants cause many more stings than bees or yellow jackets in regions which are greatly infested with them such as the states mentioned above, which is reflective of how aggressive they are. (1)

Why Does a Fire Ant Sting Hurt?

Female fire ants poke their stinger into the human skin to release poisonous toxins which trigger immediate pain in the affected area. What makes this worse is that fire ants attack in clusters and sting multiple times as they cling onto your skin. (1)

This is followed by the development of localized inflammatory symptoms over the next few hours, which can generally be managed at home without medical assistance. However, sometimes the sting can result in a full-blown systemic reaction and even induce anaphylaxis that can prove fatal if not met with prompt medical treatment. (2)

Fire ants tend to produce maximum amount of venom during summers which results in more severe reactions that are far more painful and extensive than when you get stung any other time of the year.

The following are some signs and symptoms of fire ant stings:

The medical treatment for fire ant stings or bites depends upon the severity of the bodily response to the venom. If the inflammatory symptoms remain limited to the sting site, you can usually do without medical treatment and get relief through simple self-care measures like ice therapy.

But before anything, you must first remove the fire ants stuck to your skin or else they will keep on stinging. Then wash the sting site with an antiseptic solution and cool water to minimize the risk of infection. Now if you have a mild, localized reaction, apply a cool compress over the affected skin to bring down the swelling and ease the itching.

If that does not suffice to give you comfort, consult your doctor who may recommend any of the following depending upon your symptoms:

The following interventions are generally reserved for severe reactions:

In the most severe allergy cases, long-term treatments may be needed, including whole body extract venom immunotherapy called V-IgE (immunoglobulin E) which is a skin test done at an allergist’s office and epi-pens for self-management when aid is not readily available.

Doctors generally diagnose ant bites/stings depending upon the symptoms they engender which also indicate the severity of the reaction.

You may be asked if you have recently visited a possible dwelling site for ants or other insects, or any other form of exposure to them to trace you back to the source of the sting. Tests to rule out allergies or skin testing will only be conducted in cases presenting with severe systemic reaction.

The following can increase your chances of getting stung by fire ants or worsen the reaction thereafter:

Fire ant sting or bites are rarely a cause of concern unless you are allergic to their venom which can induce relatively strong reactions (3) marked by the development of painful blisters and gastrointestinal distress.

In most cases, the condition will worsen over the next 1 to 2 days and can take up to 7 to 10 days to go away completely. A severe response to fire ant venom can result in the following complications:

Anaphylaxis typically presents symptom within 30–40 minutes of the sting and must be treated as a medical emergency, since delayed or improper treatment can lead to death.

Mild localized reactions to fire ant stings or bites tend to resolve within 24 hours of the attack without any medical treatment. But some people may develop an intense local reaction or mild to severe systemic reaction, especially if they are allergic to the ant venom. In such cases, medical care becomes a necessity. Here are a few cases in which you must seek medical attention:

Fire ant stings can trigger varying degrees of reaction in different people, and have to be treated accordingly. Mild cases that present localized pain, inflammation and lesions generally resolve on their own, although you can use home treatments to ease the discomfort.

But if the localized reaction presents severe symptoms, you may have to resort to analgesics or steroids to counter the pain and swelling respectively. Severe and systemic reactions, on the other hand, warrant a visit to the doctor for more intensive treatment.