How to Deal With Fire Ant Sting

Fire ants are aggressive stinging insects indigenous to South America that later reached the shores of the United States via cargo shipments. The American south is known for its heat, scorching bright sun, vast grasslands as well as barren rocky deserts plus the absence of predatory species that make it a perfect home for these ants. 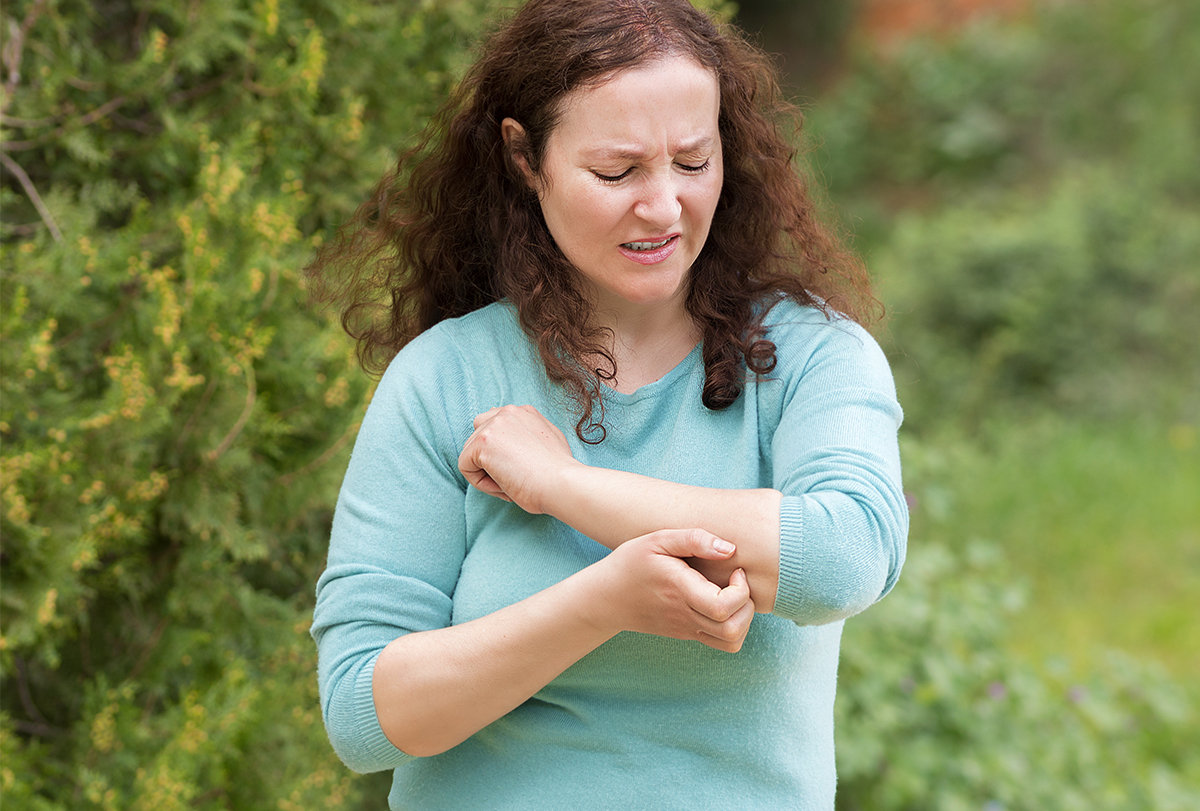 They nestle in almost any kind of soil, but prefer areas that are warm, damp, and sunny. Gradually, they erect sandy mounds on top of their nest which houses entire colonies of ants. These mounds are common in open foliage-covered spaces like lawns, meadows, agricultural land, golf courses, playgrounds, fields, and parks, but can also be found within cracked concrete, walls, on the roadside, around tress, and inside electrical boxes.

You disturb or step on these nests, then you are very likely to get stung, not just once but repeatedly, which will trigger a lot of pain and inflammation. This just goes to show that fire ants can be extremely volatile when they suspect a threat to their life or their domicile, so best to tread carefully if you are visiting potential infestation sites.

The following article will focus on managing mild to moderate reactions to fire ant sting at home as well as ways to protect yourself from such attacks in the first place.

The first aid for fire ant sting consists of the following measures:

The following are some home remedies to treat mild fire ant stings.

Aloe vera gel is credited with anti-inflammatory properties that can soothe your red, itchy skin. (1) Simply extract the gel from a freshly cut leaf and apply it on the stung or bitten area. Let it sit for a few minutes and then rinse it with cool water.

You can also get anti itch creams from the market which contain aloe vera extracts and apply them on the sting site.

Oatmeal is yet another anti-inflammatory agent that can provide quick relief from the itching, redness, and skin irritation caused by a fire ant sting. (2)

Fill your bathtub with lukewarm water, pour in 2 cups of colloidal oatmeal, give it a good stir, and then dip your body in the solution for at least 30 minutes. If you want, you can just soak the stung body part as well.

There are some non-prescription medications that can help manage mild, localized reactions by relieving the pain, burning and itching associated with them.

The body releases histamines and other vasoactive amines to counter the venom injected by the fire ant which contains haemolytic chemicals. It is these nitrogenous compounds that trigger inflammation at the sting site, which ultimately takes the form of various discomforting symptoms like the ones mentioned above.

You can use calamine lotions with antihistamines to calm the pruritus and reddening. You can also use 1% hydrocortisone cream for itch-relief. If the itching persists or becomes worse despite OTC treatment, visit a doctor.

Non-prescription analgesics such as acetaminophen can be used to reduce the pain. If the pustules break open, use an antibiotic ointment like polysporin to prevent opportunistic bacterial infections.

There are certain anecdotal remedies for fire ant stings that have gained some traction amongst general users and on the internet, but can actually prove counterproductive and worsen your condition.

Most of them are too harsh and can further irritate your already sensitive skin. They may have worked for some people, but are not worth the risk. Some remedies to steer clear from are:

The following self-care measures can help you recover faster and prevent infections:

Follow the below mentioned measures to prevent getting stung by fire ants:

The severity of the reaction to a fire ant sting can vary from person to person and has to be treated accordingly. In mild cases, the inflammation tends to be localized to the sting area and subsides on its own. (3)

However, if your symptoms are giving you grief, you can resort to medical treatment, home remedies, and some self-care measures to gain relief and promote faster recovery. Some people may develop severe systemic reactions and even anaphylactic shock that can prove life-threatening if not treated immediately and properly.