Everyone tends to get dark circles under the eyes from time to time. Dark circles are unlikely to affect your general health but they can impact your overall appearance. The skin around your eyes is much thinner than the skin on the rest of your body, as it contains little to no subcutaneous tissue. 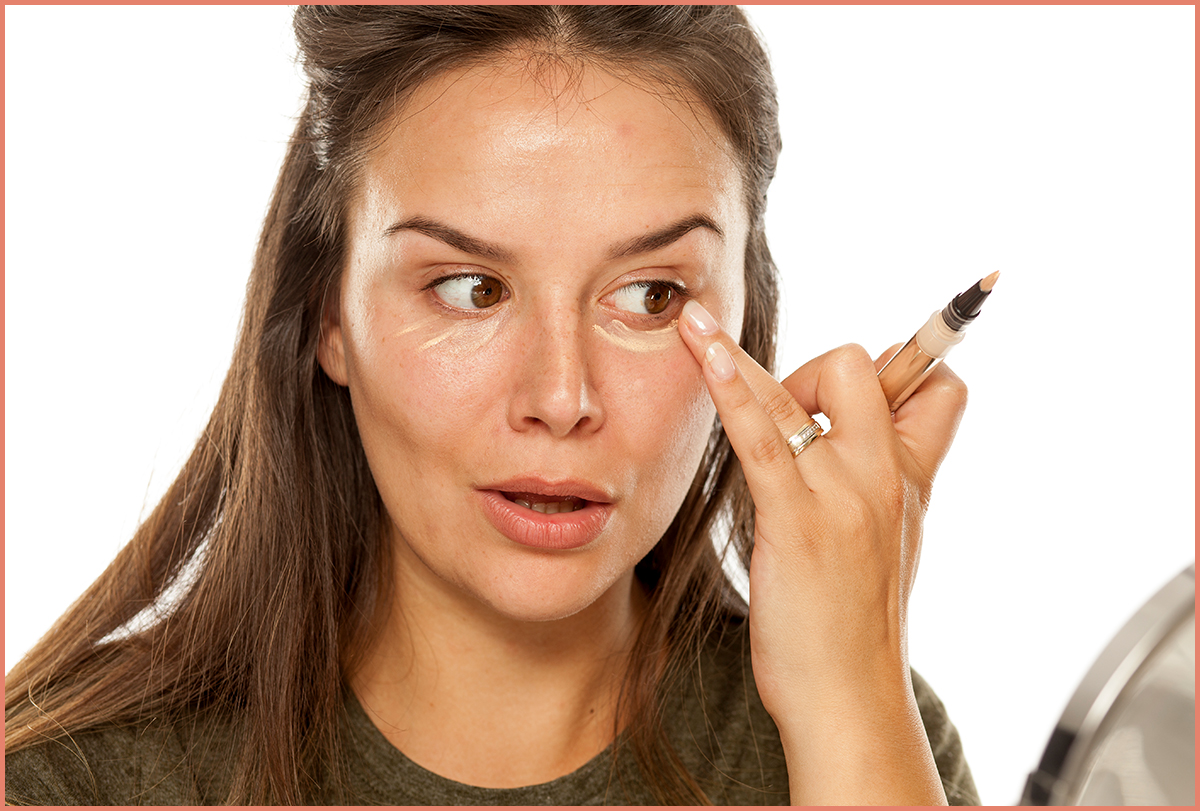 The lack of subcutaneous padding makes the skin not only extremely fragile but also relatively translucent. This means that the blood vessels underneath the skin are easily visible on the surface. It is for this reason that you have to be especially careful and gentle when handling the delicate area around your eyes.

Dark circles affect both sexes but are increasingly common in females. Even though this beauty concern is not limited to any particular age group or skin color, it may be more prevalent in some than others. (1)

Dark circles around the eyes commonly occur due to the following:

In most cases, the appearance of dark circles has a genetic component. If dark circles run in your family, you are inherently prone to get them as well.

People who inherit this trait may develop dark circles from early childhood and usually find it harder to treat them. Hereditary dark circles are not caused by any of the standard curable factors, making them resistant to most treatments.

Some people may experience worsening of the dark circles with advancing age. Others may get rid of them naturally after a while.

Dark circles can also be the result of hyperpigmentation under the eyes, often due to excessive sun exposure. The increased accumulation of melanin around the eyelid can make the skin in that area darker than the surrounding skin.

If the darkness under your eyes does not disappear when you press on it, it is most likely caused by excessive melanin. This kind of discoloration can take longer to fade than regular dark circles and is more prevalent among Asian and African populations.

Dark circles are more common in people with deep-set facial bones. This kind of bone structure is usually characterized by a hollow depression under the eyes. The depressed area appears darker than the surrounding skin due to the shadow cast by the protruding brow bone.

People tend to get dark circles when their minds and body are not well-rested. The blood vessels that lie below the wafer-thin under-eye skin tend to be more conspicuous against pale, dull skin and appear in the shape of dark circles around the eyes.

Multiple factors can make your skin lose its natural healthy color, which includes increased stress, weakness, and lack of sleep. (2)

When your body fails to get sufficient water on a regular basis, it starts extracting fluid from the cells and storing it in the skin and tissues to meet its hydration needs.

Excessive salt and alcohol intake can also disrupt your body’s fluid balance and can trigger water retention. The pooling of water inside your under-eye skin makes the area appear swollen and pushes the underlying blood vessels closer to the surface, imparting a dark purplish-blue hue under the lid.

Collagen and elastin are structural proteins that serve as building blocks of your skin but they tend to decline with advancing age.

Thus, the already wafer-thin skin around your eyes gets progressively thinner as you get older, such that the blood vessels that lie underneath it become more and more prominent in the form of dark circles.

Dark circles can also be a side effect of medications that make your blood vessels dilate and carry an increased amount of blood. Because the skin under the eyes is quite thin and translucent, the enhanced blood flow appears as a purple-blue tint on the surface, taking the shape of dark circles.

Rubbing your eyes can damage or rupture the underlying blood vessels. This, in turn, causes blood to leak out and pool in the under-eye area, which can be seen as a dark purplish hue on the surface.

An unhealthy lifestyle can also contribute to the appearance of dark circles. The primary culprits include improper diet, harmful habits such as smoking, and eye strain due to excessive exposure to LED screens. (3)

The treatment for dark circles depends upon their severity and the underlying cause. Multiple interventions can be used to address the pigmentation around your eyes, but each treatment may not work for all types of dark circles. (4)

a. Concealers and cosmeceuticals

Dark circles resolve on their own after a few days of restful sleep. In the meantime, you can use makeup to camouflage the dark shadows under your eyes.

Choosing the right shade of foundation or concealer is very important to cover the discoloration and even out your skin tone, or else it will draw more attention to the problem area. This method of color correction is the least invasive way to reduce the appearance of dark circles.

Topical retinoids are essentially vitamin A derivatives that seep into the skin to promote collagen production and reduce melanin production.

Some individuals use Preparation H (hemorrhoid cream/ointment) but this medication mainly addresses under-eye swelling rather than pigmentation.

Note: Overuse of these products can lead to skin irritation and other side effects. Thus, consult your dermatologist about the proper dosage and application before trying them.

Blepharopigmentation is a minimally invasive medical procedure that involves tattooing along the lower eyelid to define its margin and smoothen out the hyperpigmentation in that area.

Chemical peeling is a clinical procedure that may help lighten the dark circles caused by surface-level hyperpigmentation. Given that the skin covering the lower lids is extremely thin, only a mild exfoliant, such as glycolic acid, is used to prevent potential skin damage.

A chemical peel can be used as a standalone treatment for dark circles or in conjunction with other topical bleaching agents.

Both invasive and noninvasive lasers have been used to improve under-eye darkening, depending upon the underlying cause.

If your dark circles are the result of irregularly shaped lower eyelids, hyaluronic acid (HA) fillers may be used to flesh out the under-eye hollows.

Blepharoplasty involves cutting into the lower eyelid area to scoop out the excess fat deposits, muscle, and skin that may be casting a shadow under your eyes.

Even though this surgery is one of the more invasive measures, it is also one of the most effective ways to correct the contour irregularities that contribute to baggy eyelids and dark circles.

Dark circles can result from a number of different factors. Hence, reaching a correct diagnosis requires a thorough medical investigation.

The doctor will start by reviewing your personal, medical, and family histories before proceeding to a physical examination. He/she will look at your dark circles under a “Wood’s lamp,” which emits ultraviolet light to evaluate the depth of pigmentation.

Even though dark circles are regarded as a cosmetic concern with no serious health implications, certain medical conditions can aggravate this problem.

People often get darkness under their eyes in the wake of an allergic reaction, which is characterized by a release of inflammatory chemicals such as histamine in the body. This response leads to swelling and dilation of the small blood vessels, particularly in the under-eye area.

As the blood vessels expand, they carry more blood and become congested. The pooling of blood under the skin becomes apparent as dark circles on the surface. Such dark circles are more common in cases of nasal allergies, such as allergic rhinitis, and are often referred to as allergic “shiners.”

Hemoglobin is a protein found in red blood cells that is responsible for carrying oxygen to body tissues. Anemia occurs when your body does not have enough hemoglobin or has an abnormally low red blood cell (RBC) count, often due to a deficiency of iron.

This can hamper oxygen supply to the organs and make your skin appear paler than usual, against which your dark circles tend to become more prominent. Menstruation and pregnancy can also wash out your skin color.

Both atopic dermatitis and contact dermatitis are associated with inflammation of the skin, which tends to be more pronounced in the sensitive area under the eyes.

The inflammation is often followed by the deposition of excessive melanin in certain spots, most notably the thin under-eye skin. This can contribute to the occurrence or exacerbation of hyperpigmented rings around the eyes.

Dark circles are usually treated as a cosmetic concern rather than as a medical problem. However, the condition may warrant medical attention if the pigmentation is limited around one eye or if it gets progressively worse.

In general, dark circles are harmless and rarely indicate a serious underlying problem. But despite their overwhelming incidence, there aren’t enough published studies to explain the exact causes and pathogenesis of this condition.