How Does Smoking Harm Your Health and Tips to Quit It

Despite the widespread knowledge of the ill effects of smoking, it is quite a popular habit, with many people growing addicted to cigarettes. 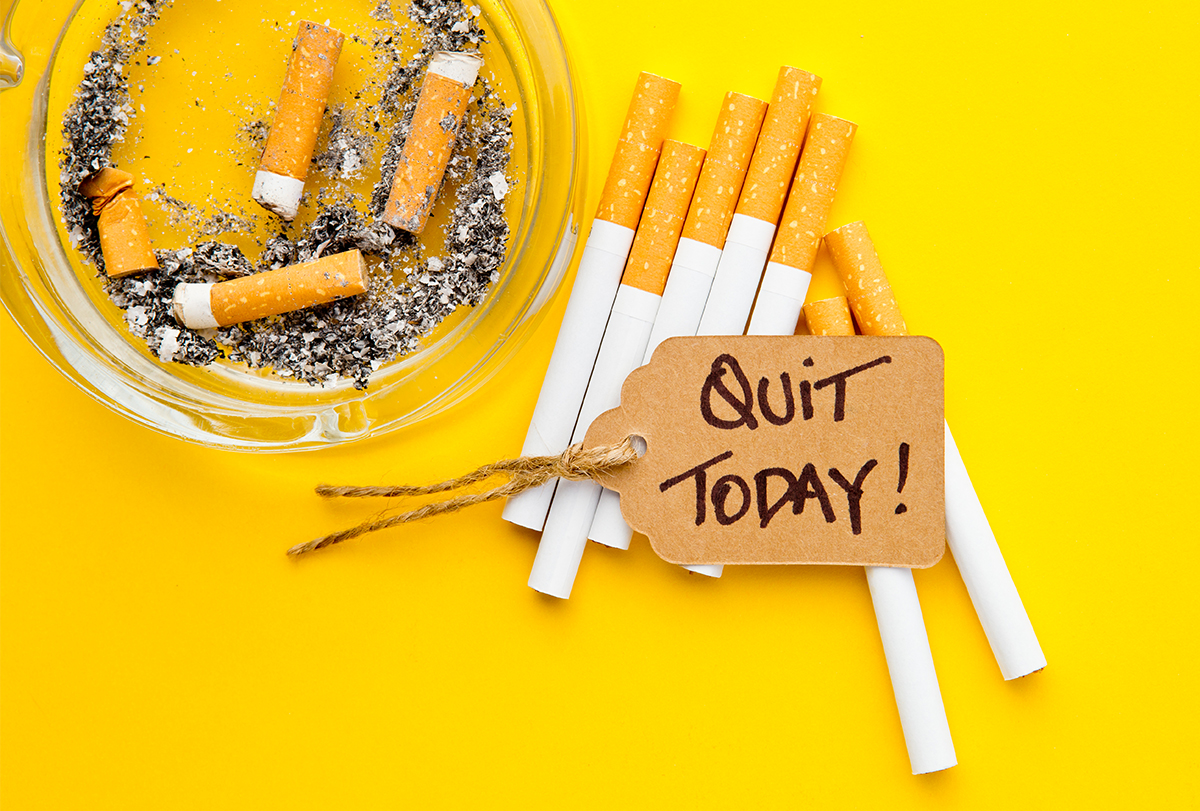 Nicotine addiction can be quite difficult to overcome, but it is not impossible. Being aware of the harmful effects of smoking can motivate you to quit smoking and even stray away from secondhand smoke.

This article talks about the health problems associated with smoking and why smoking cessation is encouraged in the first place.

Cigarette smoke contains thousands of chemicals, out of which at least 60 chemicals have been clearly established as cancer-causing substances. (1)

Nicotine is one of the many chemicals in the cigarette smoke, and it is chiefly responsible for the psychological effects of tobacco smoke and its potential to cause addiction. (2)

Other chemicals such as tar, complex hydrocarbons, and metals including cadmium, beryllium, and lead that are present in the smoke have proven to cause significant DNA and cell damage in many parts of the body that could lead to life-threatening diseases.

Why Should a Person Stop Smoking Immediately?

Evidence suggests that the damaging effects of cigarette smoke accumulate over the years. (3) The body has the capacity for correcting some of the DNA and cellular damage that these chemicals inflict during smoking.

However, with time, the amount of accumulated damage can overwhelm the body’s ability to repair. In this situation, the damage eventually unfolds as cancer or breathing problems.

Smoking can have deep adverse effects on your health, often increasing the risk of:

Growing evidence suggests that tobacco smoking can cause type 2 diabetes. Smokers are 30%–40% more likely to develop type 2 diabetes than nonsmokers. (4)

In addition to increasing the risk of developing diabetes, the harmful effects of smoking combine with diabetes and significantly worsen the damage inflicted on blood vessels. The risks for heart and kidney diseases are much higher in a diabetic patient who smokes. (5)

Tobacco smoking can affect mental health. (6) Nicotine is a strong psychological stimulant and could potentially alter brain chemistry. These changes in the brain could explain the strong addiction power of smoking behavior.

It is well established that smokers have an increased risk of depression and anxiety. (6) Evidence is also accumulating to suggest that the risk of dementia is much higher in smokers compared with that in nonsmokers. (7)

Chemicals in tobacco smoke can cause direct damage to the cells in the lungs and also cause indirect injury by inciting inflammation within the airways. These damages can cause a number of respiratory problems, including COPD, bronchitis, and lung cancer.

These diseases are characterized by progressive destruction of the lung tissue and narrowing of the airways, resulting in lack of oxygen, breathing difficulty, chest tightness, cough, and recurrent lung infections. (8)

Smoking could adversely affect the fertility of both men and women. In males, it could potentially reduce the counts and function of sperm cells. (9)

Erectile dysfunction is strongly associated with cigarette smoking. (10) There is good evidence that smoking in females is associated with an increased risk of spontaneous abortion. (11)

Smoking appears to accelerate the loss of reproductive function and may advance the time of menopause by 1–4 years. (12)

A nonsmoker who inhales the smoke from the cigarette and the smoke breathed out by smokers are exposed to the same type of toxic chemicals. This exposure could result in heart disease, stroke, and lung cancer.

Secondhand smoke can cause serious health problems in young children, including frequent ear infections and severe asthma attacks, and could also permanently affect their lung development. (13)

Tobacco smoke causes both reversible and irreversible lung damages. (14) There is evidence to support that some of the early damage in the lungs and possibly in other organs could reverse back to normal after smoking cessation. (15)

The inflammation in the body that is triggered by toxic chemicals in the smoke would stop once the person stops smoking. However, most injuries that accumulate over many years of smoking are permanent, and smoking cessation, in this case, would help in preventing further decline in lung health.

I once took care of a patient who had undergone a major surgery in his neck to remove a throat cancer due to smoking. As a part of curative surgery, his throat and voice box had to be removed along with the cancer.

He had a tube in his neck to help him breathe. Even after such an event, to my dismay, the patient continued to smoke by inserting the cigarette inside the breathing tube in his neck. This experience very strongly highlights the addictive potential of nicotine and cigarette smoking.

Therefore, it can get quite difficult to lose your addiction and quit smoking for good. Smokers would also experience withdrawal symptoms during attempts at quitting. (16)

In such cases, the following measures may be helpful:

Cigarette smoke is full of harmful compounds that can cause lung problems, mental problems, addiction, and even cancer. These compounds affect your body at the molecular level, often causing irreversible damage.

Therefore, smoking cessation is in the best interest of your health. It not only helps reverse some damage, but it also prevents further decline. You can consult a doctor for help with quitting smoking if you are having trouble.