Mucus is a sticky gel-like substance that is produced throughout the body by mucous membranes called the mucosa. 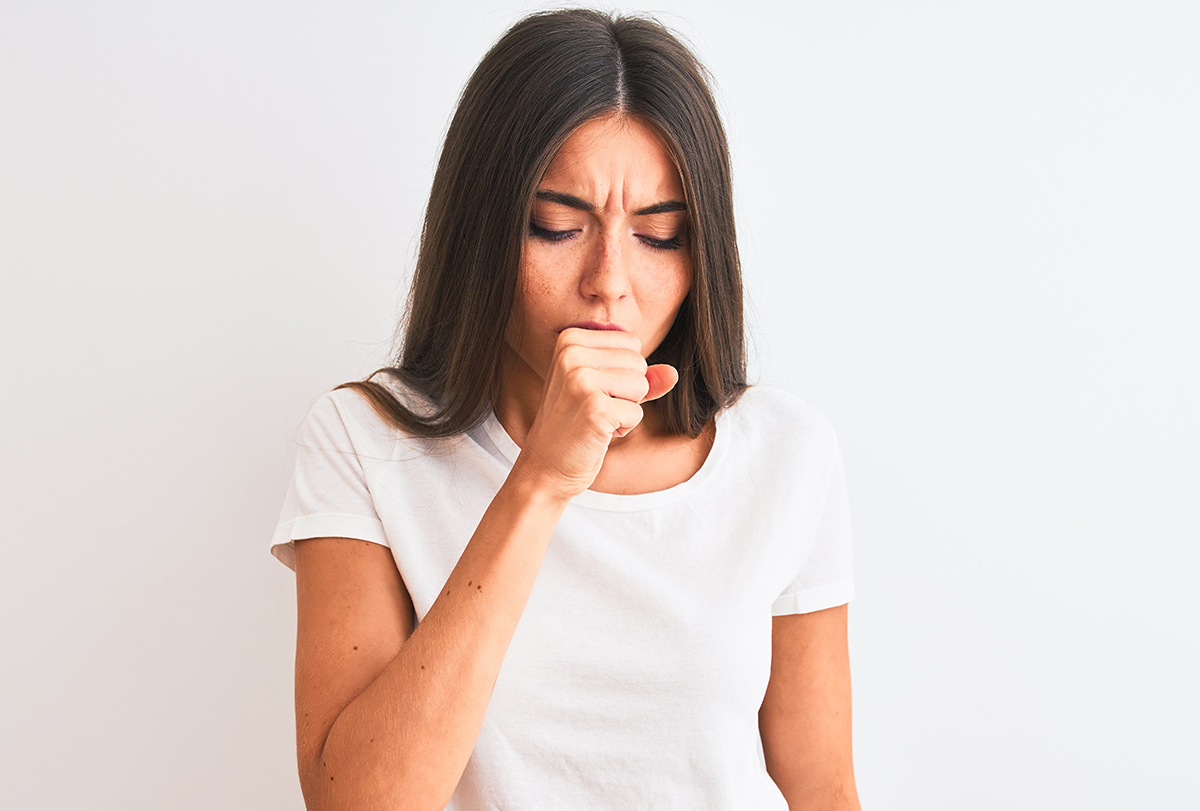 These membranes mostly line the cavities and passages that connect your internal system with the outside environment, such as the nose, mouth, and eyes as well as the respiratory, gastrointestinal, reproductive, and urogenital tracts.

Phlegm refers to the relatively thick mucus secreted by the respiratory tract in excessive amounts, which ends up clogging the airways. There are two sources of phlegm:

How Common Is This Problem?

The excessive production of mucus and phlegm in the respiratory tract over a prolonged period is the starting point of chronic obstructive pulmonary disease (COPD).

COPD affects more than 200 million people globally and is likely to become the third leading cause of mortality in the world by 2030, according to the WHO estimates. (1)

Nearly 10% of the entire adult population of the world suffers from chronic wet cough. (2) Even in children, it is the second most common symptom of respiratory disease, next only to runny nose. (3)

Mucus is naturally colorless and runny, but it usually becomes thick and discolored during an infection or some other health problem. The dense mucus coughed up from the lungs is known as phlegm or sputum.

Phlegm can be of different colors depending upon the underlying issue:

Yellow-green phlegm is suggestive of an infection. Your body directs an increased number of white blood cells to the respiratory tract to fight the infection, some of which contain a green-colored protein that discolors the mucus.

The greater the number of these cells, the greener your phlegm will be.

Pink, red, or bloody phlegm is, usually, the result of excessive, forceful, or prolonged coughing fits that exert a lot of pressure on your lungs and can rupture small blood vessels.

In such a case, the blood can seep out of the vessel and mix with the mucus to give it pink or red streaks. However, pink, especially frothy, phlegm can also indicate increased pressure in the lung vessels associated with congestive heart failure (CHF).

White phlegm is produced during allergies, asthma, and viral infections.

Brown phlegm may be observed in smokers and patients who have cystic fibrosis or bronchiectasis. However, bloody sputum, especially when caused by infection, can look brownish.

Charcoal-grey or blackish phlegm, also known as melanoptysis, is common in chain smokers and certain pathologies such as coal workers’ pneumoconiosis (anthracosis). (4)

The following factors can trigger the production of phlegm:

Indoor thermoregulation (heating or air conditioning) can suck the moisture from your surrounding environment.

Breathing in arid air for prolonged periods can dry out your airways, which reduces the effectiveness of the cilia, which are tiny hair-like projections that line the respiratory passages and propel the movement of mucus. This leads to the buildup of phlegm in the respiratory tract.

Dehydration can activate histamine in the airways, which often leads to an overproduction of mucus in the respiratory tract. This mucus often becomes condensed and sticky, thereby forming phlegm.

Smoking can irritate the respiratory lining in the nose and the lungs and trigger the excessive secretion of mucus and phlegm. (5) In fact, people who smoke frequently are prone to chronic mucus hypersecretion (CMH), also called chronic bronchitis. (5)

Allergies can lead to a runny and stuffy nose, itching, and sneezing due to blockage or congestion.

The nose normally produces mucus, which traps substances, including dust, pollen, pollution, and germs such as bacteria and viruses. Mucus flows from the front of the nose and drains down the back of the throat, causing phlegm.

Respiratory infections, such as the common cold, influenza, pneumonia, bronchitis, pharyngitis, and sinusitis, can cause inflammation in the airways and lungs, which induces phlegm secretion.

Once the microbe enters the respiratory tract, the body triggers mucus production in the airways to keep the infection-causing bacteria or virus from advancing further. Phlegm formation is, therefore, a natural immune response of the body to fight respiratory infections.

Dietary habits can also influence phlegm production. Diets with a high fiber content from fruits have been associated with less production of phlegm. (6)

Acid reflux is the backflow of acidic stomach contents into the food pipe, which not only irritates your throat but often results in breathing problems such as a cough, hoarseness, noisy breathing, or asthma, causing thickening of mucus.

9. A weak or diseased heart

A weak or diseased heart can cause fluid retention in the lungs, which in turn triggers cough, shortness of breath, and phlegm formation.

Coughing is your body’s natural way of eliminating excess mucus or phlegm accumulated in the airways. Thus, a persistent wet cough is one of the most definitive signs of phlegm buildup in your throat and chest.

Besides coughing, phlegm formation is usually accompanied by the following symptoms:

A variety of drugs can help relieve phlegm buildup in the respiratory tract. These are the most commonly used ones:

Expectorants help dilute the consistency of phlegm, making it easier to cough out. Guaifenesin is the most trusted expectorant agent that has been found safe and effective in reducing phlegm production triggered by acute upper respiratory tract infections and stable chronic bronchitis. (7)

Despite the widespread use of this expectorant, there are still no well-controlled clinical trials to conclusively establish its efficacy. (8)

Decongestants help clear nasal congestion or a stuffy nose by reducing inflammation in the nasal passageways and mucus production.

They are available over the counter in the form of pills, syrups, and sprays, and you can take whichever one would suit you best. However, people with hypertension must check with their doctor before taking decongestants.

Antihistamines are prescribed if your phlegm is the result of an allergic reaction. These drugs curb the inflammatory response in the body by blocking the production of histamines. As a result, the swelling in the nasal tissues goes down, and so does the production of phlegm.

Mucolytics are aerosol medications that are administered through inhalation. Once in your respiratory system, they thin out the mucus accumulated in your airways and facilitate its easy expulsion. (9)

Note: Always read and follow the instructions given on the label of the medicine. Even if you are using OTC drugs, it is best that you consult your doctor about the appropriate dosage.

Phlegm production can occur due to a variety of underlying reasons, which may require different treatments. Thus, identifying the root cause is important to determine the best course of treatment for your particular case.

The doctor may order the following tests to arrive at a conclusive diagnosis:

The presence of phlegm can require urgent medical help in the following cases:

Coughing up phlegm is a common occurrence that can result from a wide range of conditions, but it is most typically due to respiratory infections. The color of the secretion can vary depending on the underlying cause, which can range from mild to serious and acute to chronic.

Addressing the root cause of the problem while keeping your body hydrated is the only way to reduce the buildup of mucus inside your respiratory tract.