Home > Nutrition > Why Do You Need Vitamin B12, According to a Physician

Why Do You Need Vitamin B12, According to a Physician 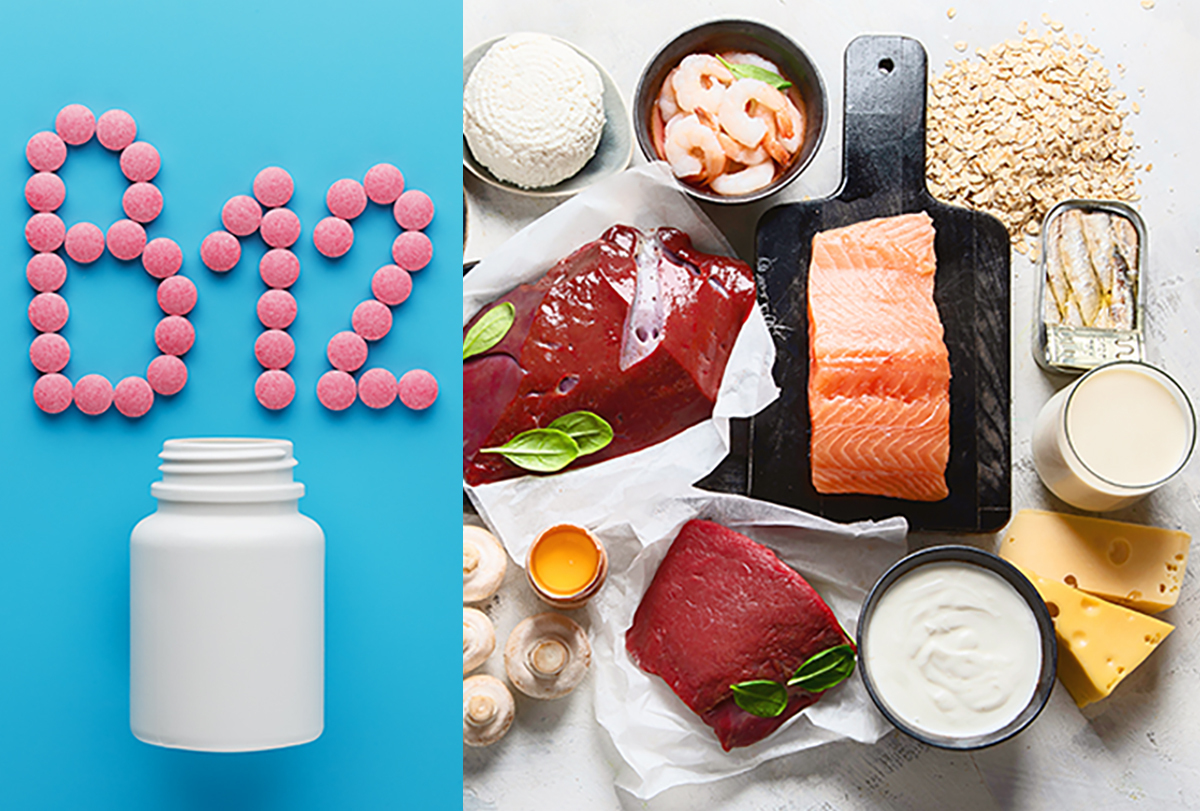 The body is incapable of making its own vitamin B12, so you have to rely entirely on dietary sources to meet your daily needs.

Vitamin B12 is absorbed together with intrinsic factor, a protein produced by the stomach’s parietal cells. A deficiency in intrinsic factors can lead to pernicious anemia, a condition that can cause heart and nerve damage if left untreated.

Normal Levels of Vitamin B12

The healthy normal levels of vitamin B12 are equal to or more than 400 pg/mL and low-normal levels lie between 150 and 399 pg/mL. Low levels are those less than 150 pg/mL.

Causes of Vitamin B12 Deficiency

Some of the medical conditions that can cause vitamin B12 deficiency are:

Apparent Symptoms of Vitamin B12 Deficiency

Some of the apparent symptoms of vitamin B12 deficiency divided by systems are: (4)(5)

The major sources of vitamin B12 are animal and dairy products. Thus, to increase your vitamin B12 levels, your diet should include some of the following:

Strict vegetarians and vegans should be appropriately counseled to consume any of the following for neurological health maintenance and adequate red blood cell formation:

Harmful Effects of Vitamin B12 Deficiency on One’s Health

In the adult population, vitamin B12 deficiency is related to neurological dysfunction. This can manifest in the form of memory impairment, depression, gait instability, numbness, and tingling, among other symptoms.

Link Between Vitamin B12 Deficiency and Anxiety

Vitamin B12 deficiency can hamper the transmission of nerve impulses and DNA synthesis. These may lead to a wide spectrum of neuropsychiatric disorders and anxiety could be one of them.

Does a Vitamin B12 Deficiency Cause Weight Gain?

The literature is not clear on this yet, but there is greater evidence to suggest that vitamin B12 deficiency may contribute to weight loss by decreasing one’s appetite, especially in patients who develop anemia or depression secondary to this kind of nutritional deficit.

Does a Vitamin B12 Deficiency Lead to Nerve Damage?

Vitamin B12 is necessary for proper neurologic function. This B vitamin is involved in myelin metabolism and its deficiency is linked to demyelinating lesions of the central nervous system.

The myelin sheath is the insulating covering that surrounds the nerves, and one of its functions is to quickly and efficiently transmit electrical impulses. Thus, a vitamin B12 deficiency can cause irreversible damage to the nerves.

Is Vitamin B12 Related to Strong Bones?

The overall scientific literature has presented conflicting data on the role of B vitamins in maintaining or improving skeletal health.

Several observational studies have demonstrated a link between inadequate intake of B vitamins and an increased risk of hip fracture, while other trials point to the opposite.

Results of some studies showed that the overconsumption of vitamins B6 and B12 might even contribute to weak bones in older adults, thereby making them increasingly prone to hip fractures.

There isn’t enough research to conclusively establish whether or not vitamin B12 supplementation can help prevent osteoporosis or fractures by making bones stronger. (9)

Note: Always consult your doctor before starting any supplement to see if it is suitable for you and to know the appropriate dosage. The same applies to vitamin B12 supplementation, which is only beneficial when taken in proper amounts. Both inadequate and excessive intake of this vital vitamin can adversely affect your health.

Once a patient has been evaluated and diagnosed by his/her primary care physician about vitamin B12 deficiency, treatment is tailored according to case-specific medical findings.

If the deficiency is related to a decreased oral intake of the vitamin, consuming animal and dairy products will have a positive impact without question. Vegans and vegetarians are recommended to include fortified meals, vitamins, and supplements in their diet to boost their vitamin B12 levels.

Patients diagnosed with an intrinsic factor deficiency will require the administration of parenteral vitamin B12. (10) Regular medical evaluation is highly recommended for surveillance.