10 Brain Foods That Reduce the Risk of Alzheimer’s Disease

The brain ages like the rest of the body. As you grow older, your ability to think and remember tends to decline. This is only accelerated by dementia, which is a broad term covering various memory disorders, the most common being Alzheimer’s disease. 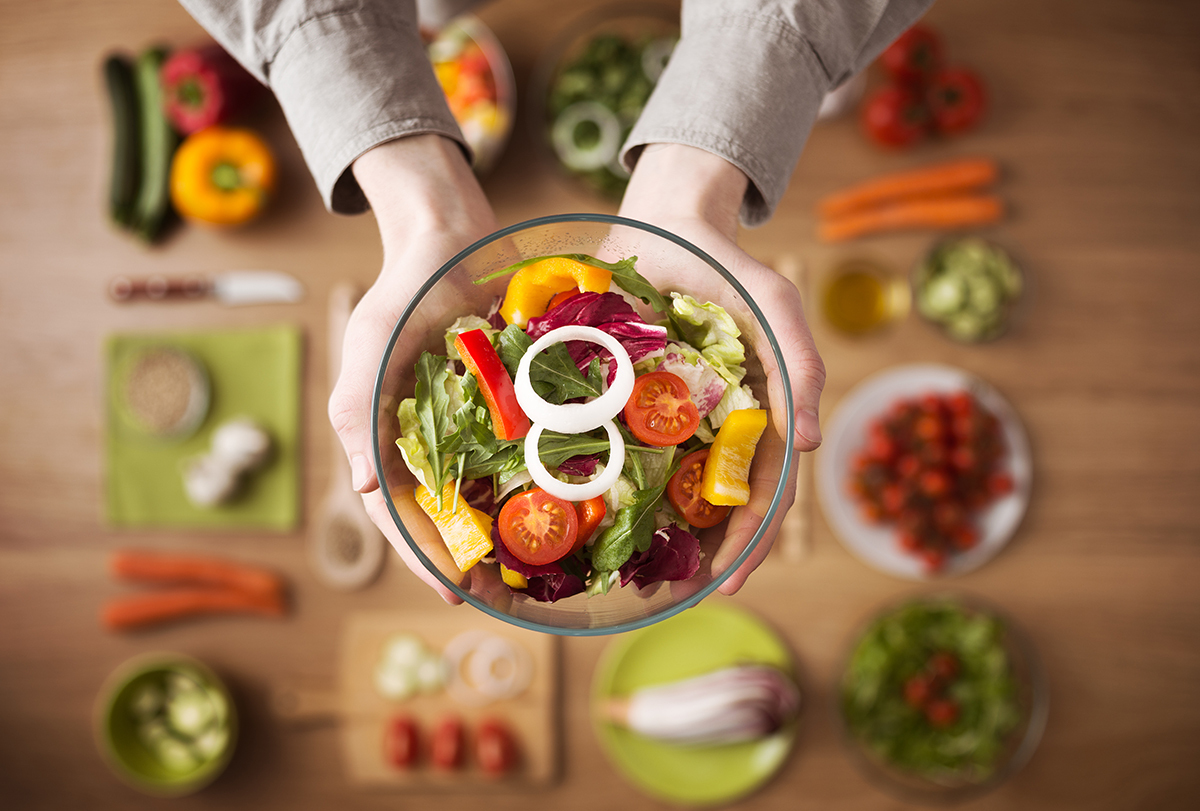 Nearly 80% of patients with dementia are diagnosed with Alzheimer’s disease, (1) which is characterized by a progressive deterioration of various mental faculties, such as memory, behavior, and coordination.

Alzheimer’s disease can be quite a haunting concern for many people. Some may be worried about getting it, some may be struggling with it, and some may know or be caring for a loved one that is suffering from it.

Alzheimer’s disease is an incurable illness that ultimately proves fatal. But researchers are looking for ways to delay the onset of this disease, control its progression, and better manage its symptoms, so that patients with Alzheimer’s disease can live longer, more fulfilling lives.

Several studies suggest that healthy food choices can have a positive impact on your cognitive function and slow down this age-related degeneration. But nutritional interventions still don’t carry as much scientific weight as other interventions such as staying active, physical fitness, blood pressure control, and cognitive training. (2)

Nevertheless, different diets are being rigorously investigated as a means to prevent and control Alzheimer’s disease or age-related cognitive decline. Read on to know more.

Recently there has been increased research and evidence that suggest diet plays a role in your risk factors for the disease. There is also research that suggests that certain diet items can reduce your risk of Alzheimer’s disease! Here are some of the ones that help.

Blueberries contain polyphenols, notably anthocyanins, which are anti-inflammatory and antioxidant.

In a preliminary study, blueberries have been found to improve associated learning and recall when given as a supplement for older adults with early memory problems for 12 weeks. (3) This same study also noted that anthocyanins assist in glucose disposal, which might mitigate the degeneration of neurons.

It should be noted that the sample size was extremely small in this study and broader research is needed.

Several nutrients in leafy greens are thought to be beneficial for cognition, including vitamin K, a form of vitamin E, beta carotene, lutein, folate, and nitrate.

In a large-scale study, all of these nutrients except for beta carotene significantly slowed cognitive decline in those who consumed higher amounts of leafy greens. (4)

A recent review of studies found that green tea consumption was partially associated with reduced dementia risk in small-scale studies. (5) This beneficial effect was attributed to certain compounds found in green tea, namely, caffeine and an amino acid called L-theanine.

A separate study showed improvement in memory and cognition using these compounds. (6)

Cinnamon is considered good for managing type 2 diabetes. There has been an increased association between Alzheimer’s and diabetes. A review of studies found that cinnamon may inhibit tau buildup, one of the hallmarks of Alzheimer’s disease. (7)

Salmon is loaded with omega-3s, which have been associated with memory and inverse cognitive decline.

In one study done in China, intake of fish was shown to slow cognitive decline with the greatest benefit being in adults over 65. The result was observed with an intake of as little as 1 serving a week. (8)

Turmeric has long been used as an anti-inflammatory and antioxidant.

In a randomized controlled trial over the course of 12 months, turmeric was investigated as a means of preventing cognitive decline in community-dwelling adults. (9)

At 6 months, a decline was observed in the placebo group but not in the treatment one, which suggests that turmeric and its active component curcumin are somewhat effective at delaying cognitive decline. (9)

A recent review of many different types of studies including human studies picked out two randomized trials, one from Italy that lasted 1 year and one from Spain that lasted 6.5 years. Both studies compared an enriched Mediterranean diet with extra virgin olive oil to a plain Mediterranean diet. Both showed olive oil had a neuroprotective effect. (10)

The medium-chain triglycerides (MCTs) found in coconut oil serve as an alternate source of glucose for the brain. It is thought that the brain is less able to convert glucose to fuel in early Alzheimer’s disease. (11)

A small pilot study with a control group showed an increase in memory in the group given a Mediterranean diet enriched with coconut compared to the one that was given the unenriched diet. (12)

Broccoli is another type of dark leafy green that contains many of the same nutrients mentioned earlier when talking about leafy greens, namely, lutein, vitamin K, folate, and nitrate.

Broccoli also contains vitamin C, which helps protect against oxidative stress, another factor that is thought to be associated with Alzheimer’s disease.

Walnuts are particularly rich in alpha-linolenic acid, a type of omega-3 fat that is known to curb oxidative stress and inflammation in the brain, both of which contribute to cognitive decline.

In a recent 2-year Spanish study, walnuts showed a protective effect in delaying cognitive decline, especially, interestingly, in patients who were from a disadvantaged group. (13)

What Other Food Items Can Reduce the Risk of Alzheimer’s Disease?

In addition to those already mentioned, others that have been shown to have an effect on Alzheimer’s disease are coffee and caffeine in general and dark chocolate. (14)

Alzheimer’s disease affects the brain by reducing the number of neurons that are communicating with others. This lack of communication where there previously was communication leads to problems such as memory loss, forgetting important dates or events, repeating oneself, losing things, or becoming lost in the early stages. (15)

The disease starts off with mild symptoms, which then become moderate and ultimately severe. Age is the primary risk factor, but family history, sometimes genetics, and certain lifestyle factors also increase the risk of developing it.

What Lifestyle Changes Should Be Made in Regard to the Disease?

Alzheimer’s disease currently cannot be prevented. There is a growing amount of research linking it to lifestyle factors, such as smoking, heart disease, diabetes, alcohol, and stress.

A recent study showed that people who avoided these risk factors and had healthy lifestyles had up to a 60% lower risk of developing Alzheimer’s disease. (16)

Additionally, following a healthy diet, such as the MIND diet, a subset of the Mediterranean diet that is specifically focused on cognition, has been found to slow cognitive decline in people with Alzheimer’s disease.

A certain degree of cognitive decline with advancing age is normal, but this becomes significantly compounded by Alzheimer’s disease. Symptoms may vary greatly and may be different from person to person.

Knowing yourself or your loved one well may help you pinpoint a problem. As you get older, taking action to reduce your lifestyle risks and staying engaged may help reduce your risk. There is much research being done on this disease with the goal of preventing or treating it one day.

Consuming a healthy diet is definitely a good way to fight cognitive decline, but that alone is not sufficient. Alzheimer’s disease is a complex condition that needs to be tackled through a combination of interventions.