How I Survived a Brain Tumor the Size of an Orange

Ever since I was a child, I have dreamt of becoming an Olympic-level athlete. So, when I was diagnosed with a brain tumor in my early teens, I knew I had to fight not just to stay alive but to keep my dreams alive too. 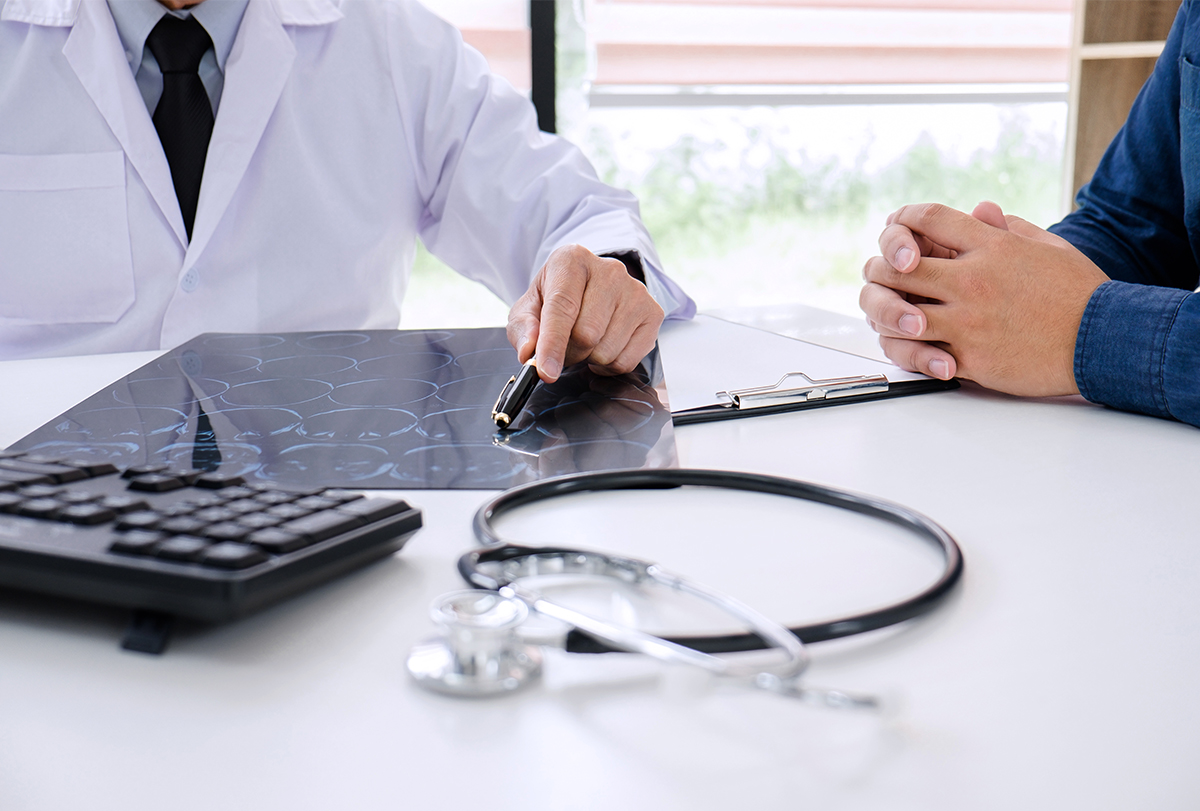 Everyone gets daunted, depressed, and heartbroken when faced with such enormous struggles, but a true sportsman knows never to give up. I fought well and hard, and I survived with a few scars and many lessons.

And now that I have been blessed with a second chance at life, I want to make the most of it by striving toward my own goals and helping others like me.

My brain tumor started showing symptoms at the beginning of 1986, about 2½ years before my surgery. I started having sharp and pulsating headaches on the right side of the temple area; the frequency of the episodes was once or twice every 2 weeks.

My body’s left side was also becoming weaker and less coordinated than the right half. I should have been given an MRI when I started experiencing these symptoms, but I was repeatedly misdiagnosed due to medical negligence.

In the last year, I would wake up throwing up bile, all the while experiencing the same headaches that had now become more intense and long-lasting (from 1 to 2 hours).

I had regular annual checkups with our family doctor in Lausanne, Switzerland, and he never made a correct diagnosis or gave me an MRI. There were many signs and symptoms that the family doctor should have caught, but the first one was the sharp and pulsating headaches.

Since I have a high pain threshold and did not complain much, the doctor involved just gave me medication for headaches.

The first instance a person knew something was wrong happened when my family moved to the south of France.

In October of 1988, I went to see an optician for glasses since I was starting to see double. He could see massive bleeding at the back of my eye and recommended that my father drive me to the emergency room of a hospital in either Paris or Switzerland.

The doctors at the hospital told my father that the tumor growth could have been caused by a fall on my head and that it could have grown for years. However, they were not sure.

The eye doctor had talked privately with my father because they did not want to scare me. The doctors in the hospital were told not to speak openly about my surgery.

My father had just said that I would have a scar on my head and that it would be a sign of toughness. So going into surgery, I had my spirits up knowing I would be a tough guy. I only realized how serious my surgery was when I had lost all my motor skills. (1)

I do not remember exactly everything I was taking in the hospital, but I do remember taking a cocktail of pills for a week before my surgery could be organized.

When I arrived at the hospital in Lausanne, a wheelchair was waiting for me as I was starting to lose my ability to walk. I was in the last stages before dying, so the doctors had to have this cocktail of pills. I do remember that one of the pills was cortisone. (2)

My astrocytoma of the IV ventricle was benign and therefore gave me a slim chance of survival in surgery.

The tumor had grown to be the size of a big orange crushing my brain, and I was to be a “guinea pig” in a new surgery technique that gave me a 30% chance of survival.

The Hardest Part of Recovery

During my month-long stay in the hospital, I was taken a few times to do physical re-education and balance exercises.

After I returned home, I was placed in a physical re-education center for a week and then continued my exercise regimen at home. (3) All the exercises were draining; I did eye exercises to reduce my double vision and writing exercises to improve my coordination and speed.

My biggest challenge, though, was doing 2 hours of physical rehabilitation per day with a dedicated physiotherapist to improve my balance.

At first, I was shell shocked; I suffered silently with depression. In 1989, I was placed in a physical rehabilitation center called Pomponiana Olbia (Hyeres, France).

Even if it was a short stay for me, I saw young children suffering from various handicaps never giving up; it inspired me tremendously to try to recuperate all that I could. From that day, I did all I could in doing physiotherapy to regain balance, eye exercises, and writing exercises.

My depression picked up again when I realized I would not recover what I had lost. I have double vision, nystagmus, balance, and coordination problems that are permanent. Ultimately, my wife and children helped me overcome my depression.

My Message to Other Patients With Brain Tumor

Never lose hope. Look at other people who have it worse than you. Nick Vujicic is my example, but there are others.

Keep working hard, and do not look back. Life has so many challenges for you, but you need to keep working hard to make it useful for you. I learn with every experience, and I concentrated on what I have rather than what I lost, and that is the only key to move ahead in life.

My Appeal to Those Who Take Their Health for Granted

When you are young, you think that you are “invincible,” that the bad things in life do not apply to you. However, they do. I had my life flipped upside down; I wanted to be an athlete like my father when I was young.

Be flexible and ready to change your life goals without regret. Be a good person, work hard, keep the faith, and never give up.