There’s no denying that Valentine’s Day is a day of love, but it can stir a mixed bag of emotions in the hearts of lovers. 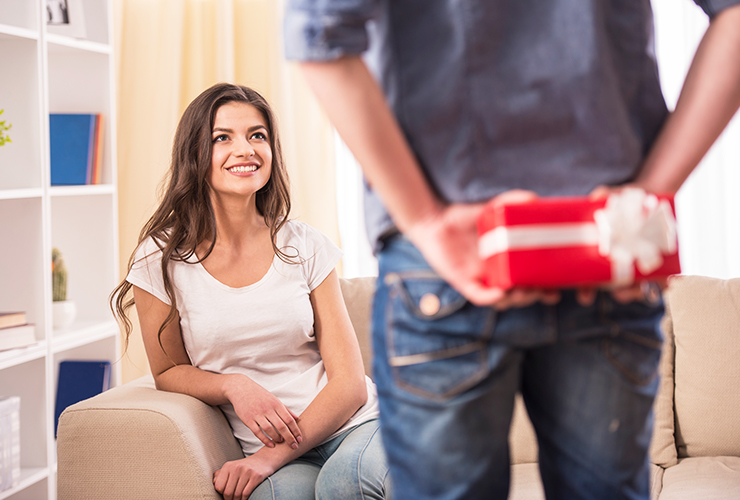 The pomp and splendor that has come to be associated with it can be off-putting or unnerving for some, whereas others look forward to the festivities with bated breath.

The commercial takeover of Valentine’s Day has made it nothing short of an extravaganza. Last year in the United States alone, $20 billion was spent on Valentine’s Day celebration. (1)

Not to take away anything from the yearly celebration of love, but some would say that it has become all for the show with little heart.

Social media has only added to the pressure of living up to the hype, and you are often left wondering whether you are doing it for the right reasons or only for the likes.

“If it’s not on Instagram or Facebook, it didn’t happen.” This sort of single-minded obsession with documenting your life can keep you from living in the moment, from having a real experience.

It would be such a waste if your Valentine’s Day is spent trying to get the perfect picture rather than making memories that get imprinted on your mind.

If you go by social media, Valentine’s Day has become sort of a competitive sport to prove who had the most romantic day, when all it should be about is to make your loved one feel special.

Moreover, PDA is not everyone’s cup of tea, but those who don’t partake in it are often made to feel like they are not making an effort.

There’s no one way or correct way to express love, but a lot of people feel pressured to conform with the exhibitionistic style that some display to get their feelings validated.

Whether you feel moved to share your feelings with the world or like to keep them to yourself, there should be space for all.

Like everything else, romance has become a capitalistic enterprise that is only getting bigger by the year. Come February and every major retailer and marketing giant is ready with a cheesy campaign to sell love like a commodity.

The shops are teeming with gifts, candies, flowers, cards, and virtually anything and everything that say “I love you” without you having to actually say it.

You can’t let materialism co-opt romance, which is not to say that one shouldn’t buy gifts. Just don’t do it out of pressure.

Ideally, the gifts you give your valentine should be an extension of one’s love, but a lot of people treat it as a material estimation of their love’s worth.

The emotional, financial, and various other relevant aspects of Valentine’s Day were explored through a survey conducted on 2200 people belonging to different sexual orientations from all over the United States.

The sample size was equally distributed between males and females, all of whom were above 18 years of age. The survey was conducted using Pollfish and website users.

There is no sweeter gesture than gifting chocolates on Valentine’s Day, and the collected data can prove it.

Chocolates were picked by 54% of our male respondents as their favorite choice of gift, and 32% of them said that they look forward to getting them from their special ones as well.

Females too are just as happy to gift chocolates as they are to receive them. A total of 48% of the women chose chocolates as the ideal gift for their special one, and 38% said that getting chocolates on Valentine’s Day makes them feel loved.

The classic idea of a romantic dinner date remains timeless still, with 53% of the surveyed females and 52% of the males citing it as the perfect gift for their valentine.

It’s the gift most of the respondents would like to receive as well. There is nothing better than spending a lovely evening out with your friends, family, or romantic partner over a hearty meal, as expressed by 39% of the males and 41% of the females.

As many as 44% of the men still believed in wooing their valentine with flowers, which reaffirms the idea that chivalry is not dead yet.

Candy and greeting cards have not lost their charm either, as a considerable number of both male and female respondents still picked these old-school gifting options.

One interesting fact that came to light was that men were willing to shell out more money than their female counterparts for Valentine’s Day celebrations.

Of the male participants, 39% were willing to spend anywhere between 100 USD to 499 USD on their partner, whereas 37% of the women planned to spend less than 100 USD. In simple terms, what qualifies as minimal expenditure for many men is the highest spending limit for most females.

But it’s heartening to see that most of this expenditure is borne out of love rather than any kind of peer pressure or duty-bound stress.

An overwhelming majority of the respondents don’t view Valentine’s Day shopping as a strain on the pocket, although a quarter of them get financially bogged down by it.

An overwhelming 71.5% of the participants were pretty confident about the gifts they plan to give and had no qualms about being judged by their special one.

The survey participants were asked about the prospect of spending Valentine’s Day alone and were provided a list of emotions (depressed, sad, stressed, neutral, happy, and excited) to choose from.

More than half (54.5%) of the respondents said that they were unaffected by it, 22.5% said it could be saddening, and 9% found it to be downright depressing.

On the other end of the spectrum were 11% of the participants who were pleased by the idea of being their own valentine, and 2% were in fact excited about it.

Most respondents were unwilling to experiment with the traditional gifting options of chocolates and candies in favor of healthier edibles. Only 38% of the participants expressed a preference for something less sinful than these calorie-laden delights.

In the same vein, most respondents settled in favor of a gluttonous night out as opposed to a healthy home-cooked meal.