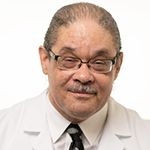 Steven W. Tucker, MD, ACGE, FACOG is a board-certified OB/GYN physician with over 40 years of clinical and supervisory medical experience. He presently serves as President and Medical Director of the Advanced Menstrual Care Center (AMCC) in Baltimore, Maryland.

AMCC is one of the first centers in the United States that specializes in disorders of the menstrual cycle. These disorders include heavy menstrual bleeding (HMB), irregular bleeding, painful periods, painful sex, as well as bleeding after menopause. Common disorders that lead to these problems are also treated at AMCC, including uterine fibroids, uterine polyps, endometriosis, adenomyosis among others.

During his career, Dr. Tucker has served in the Air Force as an OB/GYN physician and Chief, Department of OB/GYN. Further, his experience and commitment to excellence led him to supervisory positions as Chief of OB/GYN at hospitals in Washington DC and Worcester, MA.

Dr. Tucker has also enjoyed his experiences as a surgical innovator and entrepreneur. He was among the initial Gyn surgeons who introduced advanced laparoscopy and advanced hysteroscopy surgery in the 1980s.

For his work in these advanced surgery procedures, Dr. Tucker was among the first group of physicians recognized with certification in advanced laparoscopy and advanced hysteroscopy from the Accreditation Council of Gynecologic Endoscopy.