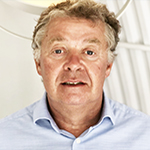 Dr. Dilkes is a consultant Ear, Nose and Throat Surgeon with 23 years of experience that has given him a good working knowledge of all aspects of ENT. He specializes in tonsillectomy, snoring, sleep apnea, allergy, blocked nose surgery, laryngology, head and neck cancer, laser surgery, and photodynamic therapy.

Dr. Dilkes uses laser technology coupled with computers to treat his patients. His clinical experience as a laser surgeon is unrivaled in the UK. He is also one of the more experienced Head and Neck Cancer Surgeons in the country. Having spent 20 years as one of the main cancer surgeons at Barts, Dr. Dilkes retired at the age of 54 to pursue work in medicolegal and private practice.

He maintains an active interest in Teaching and Research and is a clinical lecturer (Honorary) at University College London. He has lectured at conferences and meetings throughout the world, particularly on the subject of Head and Neck Cancer, and Laser surgery.

He was awarded discretionary points at Barts for his work in Head and Neck Cancer and sitting on National Committees for Photodynamic Therapy. Additionally, he received the JLO Travelling fellowship prize, allowing him to travel extensively studying Ear Nose and Throat Institutions around the world, particularly in the USA, Switzerland, and Germany.

How to Get Relief From Itchy Ears, Explained by an ENT

It is almost impossible to ignore an itch anywhere on the body and the problem becomes even more distressing if it...

Treatment for Bad Breath (Halitosis), Explained by an ENT

Halitosis, or bad breath, is a very common problem but still an embarrassing one. The realization that a foul smell is...

What Are Tonsil Stones and How to Get Rid of Them, Explained by an ENT

Tonsil stones are smelly white or yellow lumps of variable size that form inside the tonsils. They are usually small in...