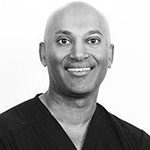 Dr. Thoppil completed his undergraduate degree at Texas A&M University and his medical degree at the Baylor College of Medicine, one of the premier medical schools in the country. He did his OB/GYN training at the Air Force’s flagship medical center, Wilford Hall, at Lackland AFB.

Dr. Thoppil served his country as a physician in the Air Force prior to returning to his home state of Texas in 2008. He is the current president of the Texas Association of Obstetricians and Gynecologists.

Menorrhagia is the medical term for abnormally heavy or prolonged bleeding during your menstrual cycle. (1) Female hormones fluctuate during the...