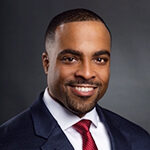 Dr. Nelson is a licensed clinical psychologist and commissioned officer in the United States Air Force. He graduated with a bachelor of arts degree with a double major in psychology and religion from the University of Southern California in 2008. He obtained a master’s degree in psychology and a doctor’s degree in clinical psychology from the Fuller Theological Seminary Graduate School of Psychology in 2010 and 2014, respectively. He then proceeded to earn his master of divinity degree from the Fuller Theological Seminary Graduate School of Theology in 2015.

Dr. Nelson is a decorated service member who completed a tour in Afghanistan. He was awarded the United States Air Force Achievement Medal and the United States Army Commendation Medal in 2019. He is currently stationed at Joint Base San Antonio, Texas, where he serves as a licensed clinical and military psychologist within the Department of Defense. He works primarily with service members, conducting psychological assessments and treatment, fitness for duty evaluations, and consultations. He also directs an outpatient substance abuse treatment program.

Dr. Nelson is also a member of the Department of Defense COVID-19 Disaster Mental Health Response team deployed to New York City. He is the only United States Air Force psychologist in the team, and his primary mission includes visiting the 11 hospitals of the NYC Health and Hospital System, conducting needs assessments, and providing disaster mental health services to frontline healthcare workers.

In addition to his training in mental health, Dr. Nelson has an educational background in religion and spirituality, which allows him to implement an integrated approach to understanding the connection between mind, body, and spirit.

By John A. Nelson, PsyD, MDiv

Loneliness is characterized by a state of enduring sadness that results from being alone. While loneliness is often associated with social...