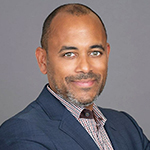 Dr. Howard Brooks is considered by his peers, his patients, and the media to be one of Washington, D.C.’s leading cosmetic dermatologists for his expertise and commitment to quality care.

Dr. Brooks is a member of the American Medical Association and the American Academy of Dermatology. He is the author of numerous scientific and clinical articles in peer-reviewed journals and texts. Additionally, Dr. Brooks often serves as an expert source for local and national media outlets including CNN, Dr. Oz, Anderson 360, CBS, Fox News, WJLA/NewsChannel 8, InStyle, Washington Blade, The Georgetowner, and WTOP radio.

No Result
View All Result