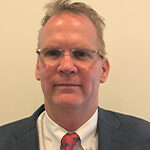 Before moving to Jacksonville, Dr. Mueller practiced at the University of Illinois and OSF St. Francis Medical Center for 20 years, where he was chairman of the Department of Cardiovascular Medicine and Surgery. He initiated the Transcatheter Aortic Valve Program (TAVR), the OSF Thoracic Center of Excellence, and the Vascular Institute at the third-largest hospital in Illinois. He was also an associate professor at the University of Illinois, and in 2017, he received the Extracorporeal Life Support Organization (ELSO) Platinum Award (highest level) for extracorporeal membrane oxygenation (ECMO).

Dr. Mueller also serves as principal investigator in clinical trials, and he is an editor and writer for cardiothoracic and vascular surgery publications and websites.

Orthopnea is the sensation of having difficulty breathing when lying down flat, which tends to resolve when you stand or your...