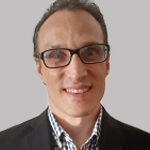 Being the son of a National Swiss champion in swimming who competed in the Olympic Games of 64 and 68, Ayis Caperonis wished to follow in his father’s footsteps and participate in the Olympics himself. Unfortunately though, his athletic journey was suddenly thwarted when he was diagnosed with a brain tumor. He had to undergo surgery which could hamper his motor skills to the extent that he may never swim again, but Ayis surpassed medical expectations and soon returned as a walk-on swimmer for the University of Massachusetts at Lowell. He then went on to share his inspiring survival story in the form of two books titled “Stepping over Myself” and “Defeating Depression.”

How I Survived a Brain Tumor the Size of an Orange

Ever since I was a child, I have dreamt of becoming an Olympic-level athlete. So, when I was diagnosed with a...