Home > Ear, Nose & Throat > Nose > What Is Sinusitis and How to Treat It, in the Words of an ENT

What Is Sinusitis and How to Treat It, in the Words of an ENT

The human skull contains four pairs of interconnected air-filled cavities around the nose, which are referred to as sinuses. 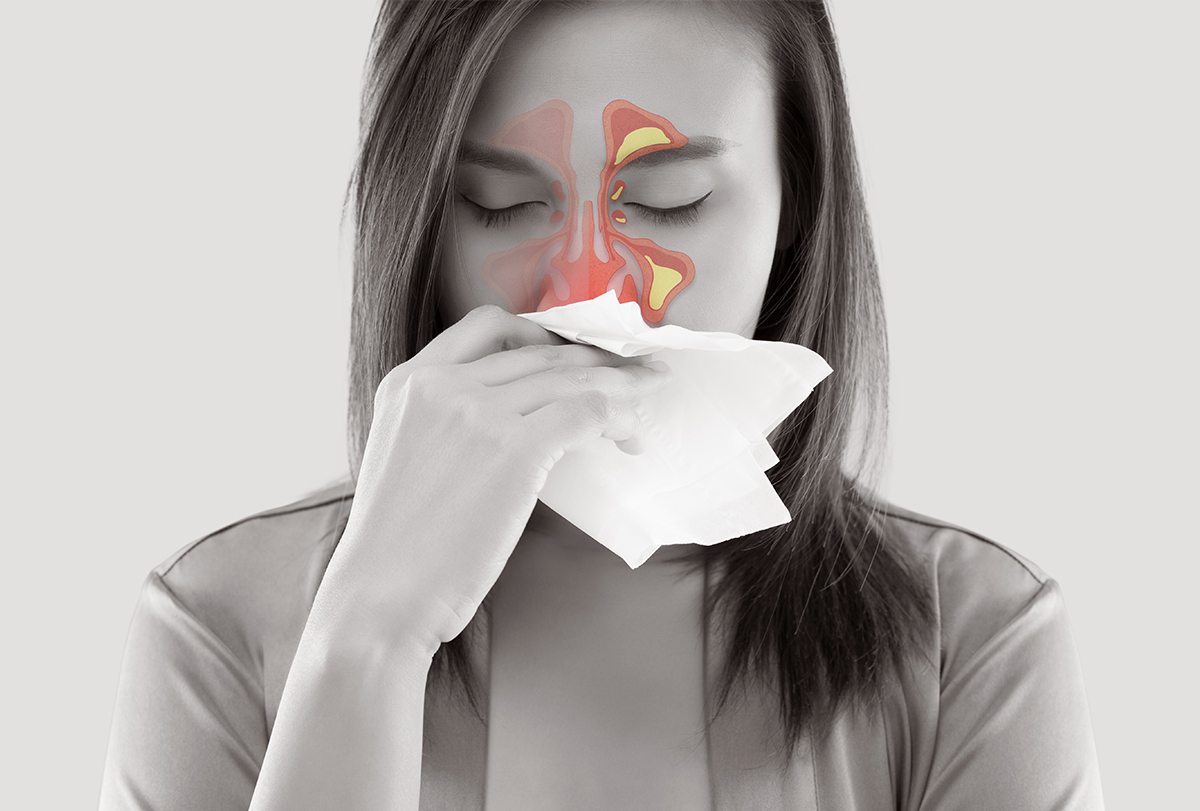 The walls of these hollow cavities contain thin mucus-secreting membranes and are lined with tiny hair-like outgrowths called cilia. The cilia push the mucus produced within the sinuses toward small openings that lead to the nose so that it can be drained out.

When the sinus tissue becomes inflamed due to an infection or allergy, the cilia are unable to function properly. As a result, the fluid discharge is trapped within the sinus cavity, making it a breeding ground for germs, resulting in an infection.

Inflammation of the sinuses that blocks the drainage of mucus into the nose is called sinusitis. (1) It is usually caused by a bacterial infection, but the entry of certain viral and fungal pathogens in the respiratory tract can also trigger swelling of the sinus tissue.

A sinus infection that lasts between 3 weeks and 3 months is referred to as subacute sinusitis.

The following are the guidelines for when to consider using antibiotics for an uncomplicated acute sinus infection:

Chronic sinusitis requires medical treatment of the underlying factors such as allergies, 3–4 weeks of antibiotics, a trial of nasal steroids, and a referral to an ENT specialist.

A CT scan is often done to help understand the anatomy of the sinuses and confirm the diagnosis of chronic sinusitis. It usually occurs as a result of dental causes (3) or nasal polyps. (4)

Sinus surgery is helpful in a majority of patients who suffer from chronic sinusitis and have failed medical management. There is an 80%–90% quality of life improvement in such patients.

It should be noted that smoking is deleterious to the lining of the sinuses and can lead to higher rates of infections and failure of surgery in such patients. (5) Some ENT surgeons do not recommend surgery in a patient who has not given up smoking.

Tips to Manage a Sinus Infection

Here are some tips to unblock the sinuses and help manage the symptoms associated with sinusitis:

The notion that having green mucus means bacterial infection is not true. The most common way of diagnosing bacterial sinusitis versus a viral one is the timeline, as most sinus infections start as viral infections.

Often, bacterial superinfections are contracted, and if the sinus symptoms get worse after the first few days or if the symptoms are not better in 7–10 days, antibiotics are considered. The exceptions for starting antibiotics sooner are severe sinus infections, complications, and a history of recurrent sinusitis.

Children are more prone to nasal congestion and drainage (which is hard to distinguish from sinusitis) as they get more colds and other respiratory problems. Also, little children have sinuses that are not fully developed and are more prone to having inflammation/infection of the nose and adenoids. (7)

Why Do the Symptoms of Sinusitis Get Worse During the Night?

The symptoms of sinusitis get worse at night due to the following reasons:

Can Eye Strain Worsen or Bring on a Sinus Headache?

A sinus headache is associated with pressure in the head and face, usually experienced during a bout of acute sinusitis. This is very often confused with more common causes of headaches, such as migraines.

Eye strain does not lead to a “true” sinus headache as such headache is caused by acute inflammation and blockage of the sinus cavities.

Complications of an Untreated Sinus Infection

Here are some of the complications:

Sinuses are cavities around your nose and eyes that help clear your nasal cavity and keep it moist. Any inflammation in these cavities can cause nasal blockage and discomfort.

Acute sinusitis can be treated with decongestants and resolves in a few days. However, chronic sinusitis requires long-term treatment. Rest, increased fluid intake, and warm compress can help provide relief from sinusitis infections.