Home > Ear, Nose & Throat > Nose > Reasons Why You Have a Constant Runny Nose

Reasons Why You Have a Constant Runny Nose

A runny nose is characterized by excessive nasal discharge. Also known as rhinorrhea, it results from swelling or irritation in the nasal tissue, which can be due to various reasons. 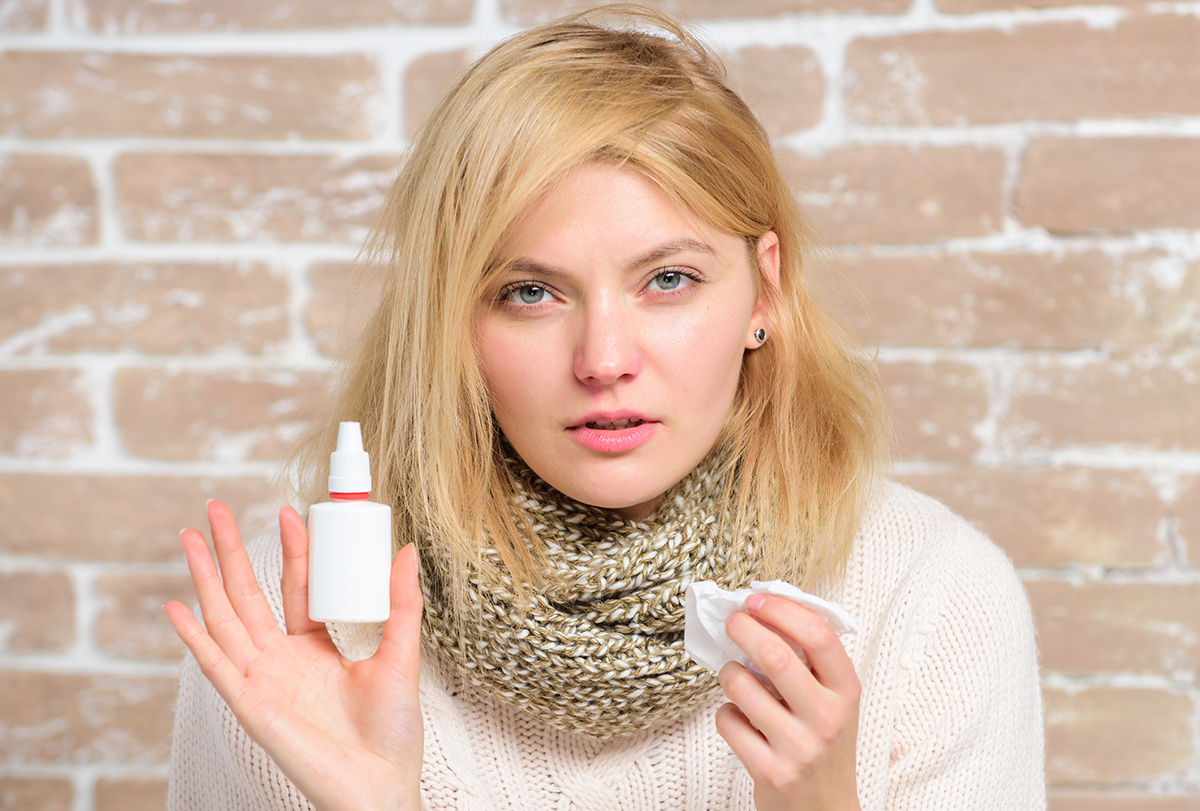 The discharge may range from a thin clear fluid to thick mucus, which runs out of the nose, down the throat, or both. The excess mucus may also impede airflow by blocking the nasal passage, thus causing nasal congestion.

The Nose as an Immune Barrier

The mucous membrane is a thin, moist layer of tissue that lines the nasal passageway. Its primary function is the production of mucus, a thick, sticky fluid that prevents the entry of foreign particles into the lungs by trapping them.

These entrapped foreign particles are then expelled out of the nose, along with the mucus, by sneezing, thus helping clear the lungs, sinuses, and back of the nose. This mechanism of protecting the airways is known as mucociliary clearance.

Causes of a Runny Nose

The presence of pathogens (virus or bacteria) or other foreign particles in the nasal passageways can stimulate the overproduction of mucus as a clearing response.

The body may be unable to process the excess mucus, resulting in the accumulation of the fluid, which is then discharged, resulting in a runny nose.

A runny nose can be triggered by various reasons, including:

Symptoms That Accompany a Runny Nose

A runny nose can be accompanied by the following symptoms:

Medical Treatment for a Runny Nose

Generally, rhinorrhea does not require the intervention of medicines and can be managed with self-care. However, if the ailment persists, it is necessary to seek medical help as a lack of treatment can cause headaches, earaches, cough, and other complications.

The medications for runny nose generally depend on its cause. You can use OTC medications such as topical ipratropium bromine nasal sprays. (1) However, avoid giving it to children below 6 years of age.

Note: Always consult your doctor before trying OTC medications and make sure you are not allergic to them.

Complications Associated With a Runny Nose

In some people, a persistent runny nose may lead to the following complications:

Rhinorrhea causes discomfort but generally clears up on its own. However, in rare cases, it may be indicative of a severe problem.

It is recommended to visit a doctor if:

The drainage of excess fluid from the nose is known as rhinorrhea or runny nose. It can be either a constant or an intermittent problem that may occur due to many reasons.