The ear canal is lined with sebaceous and ceruminous glands that produce a greasy, viscous substance called cerumen, more commonly known as earwax. 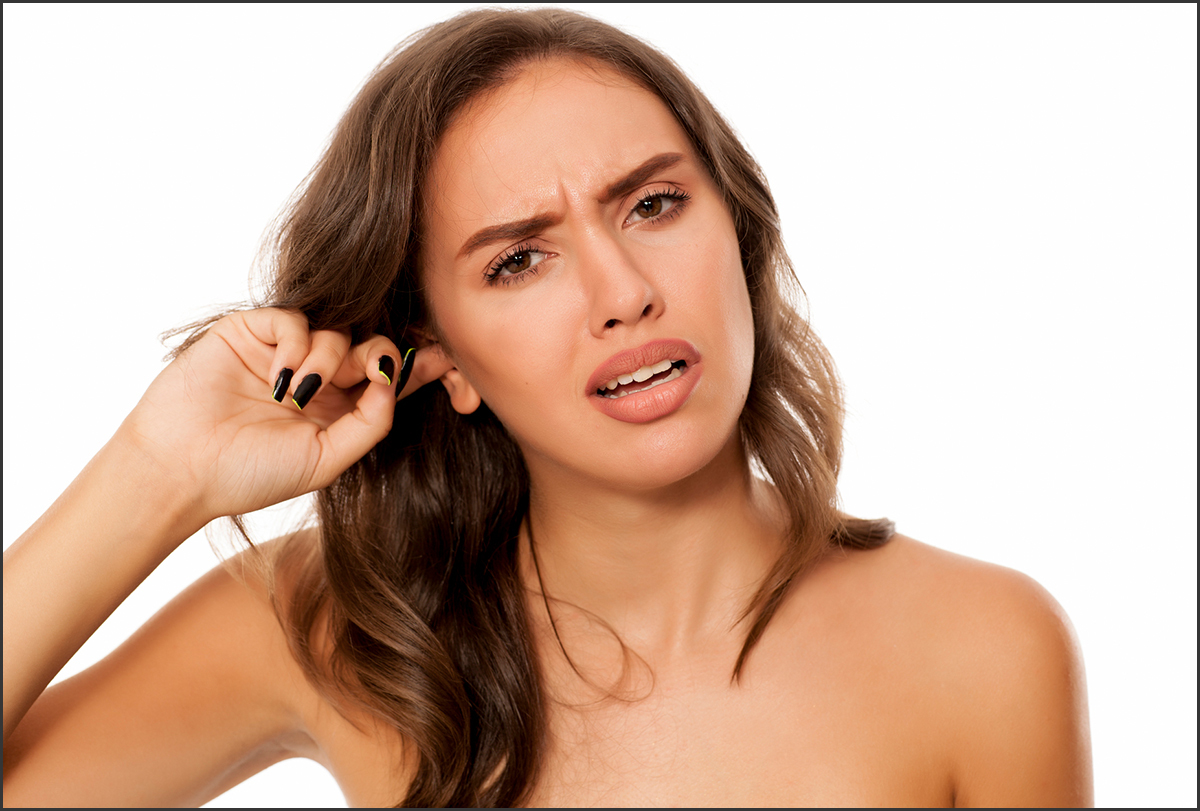 This oily secretion lubricates the ear canal and forms a protective covering over the delicate skin of the inner ear to trap invading germs, dust, and other irritants. Moreover, it serves as a medium for carrying dead skin cells and dust out of the ear.

Earwax is vital for the health of your ears but it can be a problem if it is secreted in excess amounts or accumulates over time.

Why Does Earwax Accumulate?

Any disruption in this natural migratory process can lead to the progressive buildup and hardening of cerumen within the ear canal known as impaction. An overproduction of cerumen can also overwhelm the self-cleaning mechanism of the ear and cause an earwax buildup or blockage. (1)

The following factors can lead to the buildup and impaction of cerumen, resulting in an ear blockage:

Signs and Symptoms of Earwax Buildup

Some of the signs and symptoms of the accumulation of excessive earwax include:

Your doctor decides the appropriate treatment after examining the extent of earwax impaction and ruling out an ear infection or a pierced or perforated eardrum.

The standard treatment options for earwax removal include:

OTC hydrogen peroxide or enzyme-containing ear drops can be administered daily for a few days to dissolve the impacted earwax so that it can move more easily out of the ear canal.

This process involves flushing your ear canal with a controlled, pressurized flow of warm water to dislodge and expel the impacted/excess earwax. Although ear irrigation can be done using a metal syringe, an electronic ear irrigator is a safer and medically preferred option. (3)

Microsuction is a slightly discomforting but largely painless medical procedure that requires the patient to stay very still as the earwax is suctioned out of the cavity.

The doctor may also use a small device such as a curette or a cerumen spoon to manually remove the impacted wax, usually when all the other methods have failed.

How Is Earwax Blockage Diagnosed?

Your ENT doctor or otologist will first review your medical history and symptoms.

The doctor will then look inside your ear cavity through a magnifying tool called an otoscope for any sign of impacted earwax.

Sometimes the impaction is so severe that it clogs the entire ear canal such that the doctor is unable to see through it and has to resort to other diagnostic techniques such as Banji’s test.

It involves pulling the pinna, or the outermost part of the visible ear, making room for the sound to travel through the congested ear canal and momentarily improving the patient’s hearing. However, if there is no improvement in sound perception, impaired hearing may be due to something other than cerumen impaction. (4)

The following risk factors can make you increasingly predisposed to developing an earwax-induced blockage:

Earwax blockage due to cerumen accumulation/impaction can lead to the following complications if it is not treated properly or if it escalates to a serious degree:

Prompt medical assistance is particularly warranted if you experience any of the following symptoms:

Your ear is a self-cleaning organ that gradually but systematically eliminates the old earwax. Thus, deep cleaning your ears is not required unless there is enough earwax buildup to cause symptoms such as earache or hearing problems.

There are some self-care measures and home therapies that may assist with the expulsion of excess earwax but refer to an ear specialist before starting self-treatment.