Acid reflux is the backflow of gastric acid from the stomach to the esophagus. The acid causes a burning sensation in the chest called heartburn. 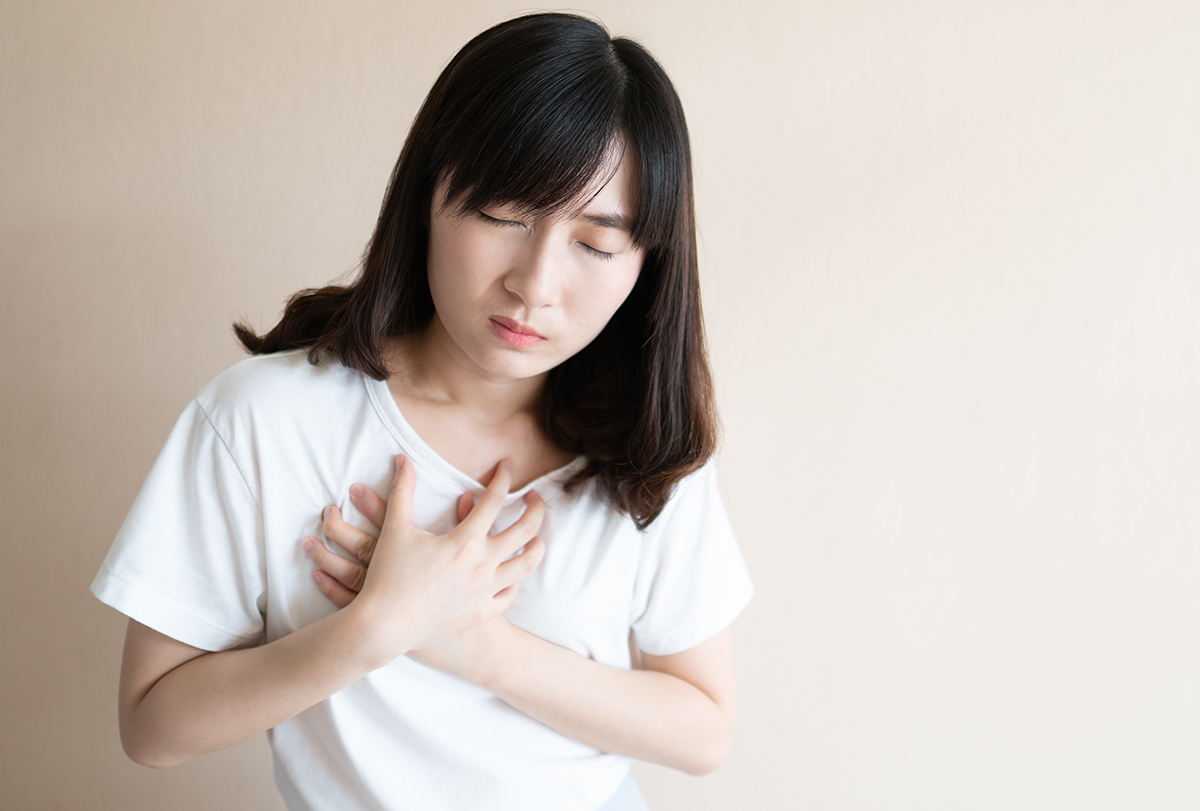 The Mechanism Behind Acid Reflux

The food you eat is pushed down the esophagus or food pipe by the peristaltic action (involuntary wavelike contractions) of the esophageal muscles.

A valve known as the lower esophageal sphincter (LES) is present at the narrower end of the esophagus, where the esophagus meets the stomach. The LES only opens to allow the downward passage of ingested food into the stomach and remains tightly shut at all other times.

However, if the valve becomes damaged or dysfunctional such that it is unable to close properly, the acidic stomach content will find space to regurgitate into the esophagus and this is known as acid reflux.

If acid reflux becomes a frequent occurrence, the condition is referred to as gastroesophageal reflux disease (GERD), which is usually a chronic problem that requires timely treatment. Untreated cases are associated with health complications, which often require surgery.

A faulty LES is the root cause behind acid reflux and GERD, but other factors can make these problems worse, such as:

An overproduction of acid by the stomach or improper emptying of bile juice and acid can contribute to GERD. (1)

Overconsumption of citrusy, fatty, or spicy foods, caffeine, and chocolate can trigger GERD, as can staying hungry for prolonged periods or eating too much at once.

Alcohol consumption, smoking, increased stress, wearing tight clothes that press on the stomach, and eating close to bedtime can all aggravate acid reflux.

The esophagus passes through the diaphragm, below which the stomach is present. The diaphragm and the LES are at the same level, enabling the diaphragm to assist in closing the LES.

In hiatal hernia, the hole in the diaphragm enlarges, through which the upper portion of the stomach moves into the chest cavity. This repositioning prevents the diaphragm from acting on the LES and impairs the functioning of the LES.

The excessive fat in obese individuals can put undue pressure on the LES, forcing it open and causing acid reflux.

Acid reflux can be a side effect of the following medications:

Studies show an association of GERD with diabetes and asthma. The complications of diabetes can impede the emptying of the stomach, known as gastroparesis and can cause acid reflux. The relationship between asthma and GERD is not well established. (2)(3)

8. Problems in the food pipe

In some cases, the food pipe may become extremely sensitive and fail to push down the acids back into the stomach.

Pregnancy, cystic fibrosis, and abnormalities of the digestive system caused by systemic scleroderma can make you increasingly susceptible to GERD.

Heartburn and the feeling of having acid in the throat are the most prevalent symptom of GERD, which are generally accompanied by many of the following symptoms:

GERD is a chronic condition that is managed in the following ways.

The following classes of over-the-counter medications can be used for the management of acid reflux:

GERD is most commonly treated with an anti-reflux surgery known as fundoplication.

In this operation, part of the stomach (the fundus) is wrapped around the lower part of the esophagus. This can be done by making a large incision or several small incisions (laparoscopic surgery). The stomach may be attached to a feeding tube if necessary.

A GERD diagnosis can be made based on your symptoms and medical history. If you have typical symptoms, the doctor may recommend specific tests.

The following tests can confirm the diagnosis of GERD:

A severe case of GERD with frequent acid reflux can cause complications, including:

Frequent acid exposure can cause inflammation in the esophagus, also known as esophagitis. The acid produces breaks in the lining of the esophagus and causes ulcers. If not treated, esophagitis can increase the risk of cancer.

An abnormal narrowing of the esophagus due to fibrosis, inflammation, or neoplasia is known as an esophageal stricture, which causes problems in swallowing. Esophageal strictures should be treated immediately, as they can damage the mucosal and submucosal layers.

Acid reflux can usually be managed with lifestyle changes, diet modulation, and over-the-counter medications. If these therapies fail to relieve the symptoms, it is recommended to seek medical help.

Also, if your symptoms are frequent and worsen with time, seek immediate medical care. Mention all the associated problems, such as sleep disturbance or insomnia, so that the doctor can prescribe appropriate treatment.

While occasional heartburn is not a cause for concern, GERD can cause severe complications. Fortunately, GERD can be easily managed with drug therapies, surgery, and simple lifestyle changes. It is vital to be treated at the earliest to keep the condition from advancing to a serious stage.