Ear infections develop due to the overgrowth of viruses or bacteria within the ear cavity. When the infection spreads far enough to reach the area behind the eardrum, it is called a middle ear infection or otitis media. 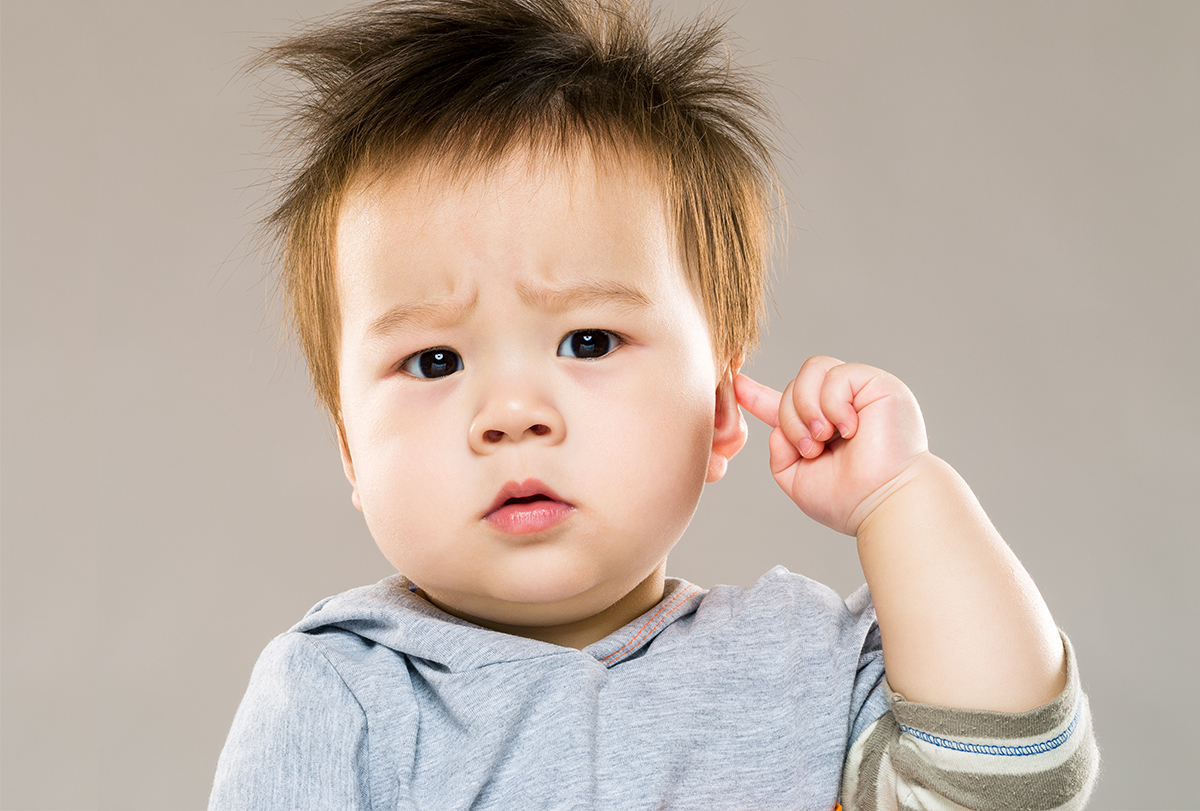 A middle ear infection causes pus or infected fluid to build up inside the middle ear, exerting pressure against the eardrum, resulting in a lot of discomfort, pain, and hearing trouble.

Since the insides of your ear are extremely delicate, it is important to seek prompt medical intervention for such an infection. If left untreated, a middle ear infection can cause rupture of the eardrum, which can lead to permanent hearing loss.

Middle ear infections are one of the common causes of childhood infections. The cause can vary from viral or bacterial infection to allergy and other inflammatory processes.

Data on the incidence and prevalence of middle ear infections also vary depending on the geographic location. Overall, the incidence ranges from 0.6% to 6% among children under the age of 5. (1)

The cause of otitis media can be multifactorial as various triggers can cause inflammation. The angle of a child’s Eustachian tube is different from that of adults, and this explains the increased frequency of ear infections and inflammation in children.

While inflammatory triggers vary from patient to patient, ear infection in young children tends to be bacterial. Some studies concluded that up to 60% of middle ear infections in children aged 5 are bacterial in origin.

H. influenzae and S. pneumoniae are the two most common bacterial agents that cause otitis media. (2) Other causes include viral agents, allergy triggers, and other non-inflammatory agents.

Symptoms of a Middle Ear Infection in Children and Diagnosing It

Symptoms of childhood otitis media vary depending on the child’s developmental maturity. Older children who can localize the pain will complain of ear pain, whereas younger children may show mild discomfort with increased irritability. Children can also exhibit systemic symptoms such as fever.

The most common symptoms of middle ear infections are:

The physician will need to conduct an otoscope examination to properly diagnose the condition. (3)

Treatment for otitis media is individualized based on the child’s clinical history and examination results.

Caution: Although multiple scientific studies have reviewed these alternative treatment methods, their efficacy and safety profile against ear infections are questionable. Physical manipulation in chiropractic and osteopathy may induce skeletal muscle injury with high speed or forced application by providers.

With homeopathy remedies, the concern is always the quality of the available remedies; none of them are regulated by the FDA. However, home remedies such as warm/cold compress may be useful to alleviate a child’s earache and may reduce the need for ibuprofen.

General risk factors that can increase the incidence of childhood ear infections are triggers that can cause excessive inflammation of the child’s middle ear. Some of those risk factors are: (6)

There are many environmental modifications a parent can do to reduce the risk of middle ear infections in children.

One of the easiest changes parents can make is to stop smoking. Many studies have indicated that one of the greatest risks is smoke exposure, secondhand and sometimes thirdhand. So, eliminating smoking, indoor and outdoor, will significantly reduce the child’s risk of getting ear infections.

In addition to smoking cessation, parents can also reduce other inflammatory triggers such as environmental allergy trigger control and being compliant with the child’s allergy treatment. Another preventive measure parents can take for their child is ensuring their child’s vaccination is up to date to decrease the viral and bacterial inflammatory triggers of middle ear infections.

Finally, mothers should consider exclusively breastfeeding their baby, if possible, as it is one of the proven measures to decrease the risk of incidence of otitis in young children. (7)

Children with chronic middle ear effusion or recurrent infection of the middle ear can potentially experience hearing loss. Most hearing issues can be resolved with appropriate ear infection treatment.

If the child’s hearing is in question due to recurrent infection or persistent effusion noted on an otoscope exam, a consultation with an otolaryngologist is necessary to further evaluate for the placement of tympanoplasty tubes or additional surgical intervention to improve the child’s hearing.

Earwax (cerumen) itself generally cannot cause a middle ear infection, but when it’s impacted, it can lead to discomfort or sometimes transient hearing loss. The proper way to deal with earwax is to let it fall off on its own or use commercially available peroxide solutions to remove them.

One of the biggest tips I give to the parents of my patients to deal with earwax is not to stick any foreign object to the ear canal to remove earwax. There are three major reasons that they should not use any foreign object for earwax removal:

How long does it take for ear infection in babies to resolve?

Resolution of a middle ear infection can take 7–10 days with antibiotics. In children with milder illness whose parents elected to do watchful monitoring, the middle ear effusions can take up to 3 months and sometimes 6 months to completely resolve.

Can ear infection in babies be treated without medicine?

Not all middle ear infections need immediate antibiotic treatment. For example, for simple otitis media with effusion with limited systemic symptoms upon examination, the child can be closely monitored over the course of 3 months.

Ear discharge can be a sign of ear infection, but the discharge nor the qualities or quantities of discharge cannot determine the location of infection.

While some discharge can be due to a middle ear infection after the tympanic membrane is perforated, the most common type of discharge is from an infection of the ear canal. Both infections can only be differentiated through an otoscope examination.

Can water in a baby’s ear cause ear infection?

Ear infections can occur at any age but are especially common in children who are under 3 years old. In fact, middle ear infections are the leading cause of visits to the pediatrician in young children.

Given that infants and children can’t properly communicate their discomfort, parents or caregivers must acquaint themselves with the symptoms associated with this condition in order to catch it early and get medical help.