By David Lans, DO, FACP | Rheumatologist

Rheumatoid arthritis (RA) is a chronic autoimmune disorder characterized by inflammation of the peripheral joints, leading to pain, stiffness, and joint damage and deformity over time. 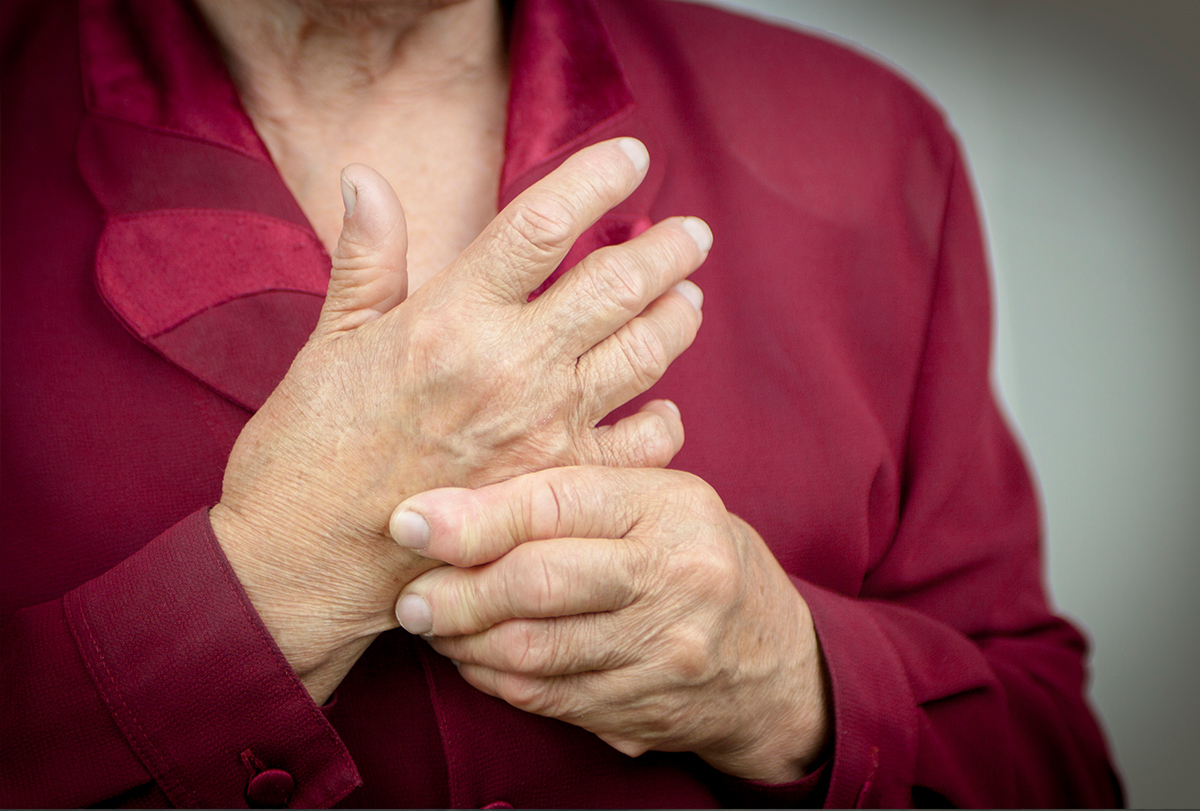 It is a systemic condition, which means inflammation may be present throughout the body, causing fatigue, low energy, anemia, and in some cases, the involvement of body tissues beyond the joints.

How Common Is Rheumatoid Arthritis?

RA is a relatively common disorder and affects 0.24%–1% of the world population.

The incidence of the disease may even be on the rise. In North America, the disease incidence is about 40 per 100,000. (1) Women are affected almost two times more than men.

In this stage, there is evidence of joint swelling and stiffness but no deformities, and the X-rays indicate no underlying bone damage.

In this stage, there may be subtle radiographic signs of joint injuries, such as cartilage loss or early bone changes. The swelling becomes so advanced that it starts hampering joint flexibility, but there is still no deformity.

The tissue inflammation may spread beyond the joint to the adjoining area and even lead to some degree of adjacent muscle atrophy.

There is joint swelling, loss of range of motion, and deformity. X-rays reveal substantial joint damage with bone erosion and extensive loss of cartilage.

The joint tissue becomes completely damaged or lost such that there is no swelling, only pain and stiffness accompanied by joint deformity and loss of function. There may be bony “ankylosis,” which means the joints have fused together and have become rigid.

Due to a lack of knowledge about the cause of RA, it is difficult to classify the disease completely.

As different patients exhibit varying progression rates and symptoms, the disease is currently classified into seropositive or seronegative RA. This basic and primary classification can help determine treatment options.

It is determined by the presence of anti-cyclic citrullinated peptides (anti-CCPs) in the blood. Also known as anti-citrullinated protein antibodies (ACPAs), these peptides are produced by the body in response to a molecular change of proteins called citrullination.

Anti-CCPs are found in around 60%–80% of people having RA. A positive test for anti-CCPs and the presence of RA symptoms are an approximate confirmation of the disease.

Initially, this test was performed to check the presence of rheumatoid factor, which is an antibody that attaches to other antibodies. Various tests can help determine rheumatoid factor levels. However, the anti-CCP test is more specific to RA and is the preferred choice.

An absence of anti-CCP antibodies in the blood while having all other symptoms that are consistent with RA indicates the possibility of having the seronegative type of RA.

The actual cause of RA is unknown, although there are many theories, including:

Signs and Symptoms of Rheumatoid Arthritis

RA usually presents as symmetrical arthritis, which means both hands, both knees, or both wrists, for example, are affected. This is a characteristic feature of RA.

The most common signs of rheumatoid arthritis include:

Rheumatoid arthritis is typically treated with different drugs that address different aspects of the condition, along with other interventions that focus on easing joint stress and improving joint function.

You may be given a combination of medicines, and the prescription and choice of the drug may change over the course of treatment as your symptoms evolve or worsen.

The doctor usually starts treatment with disease-modifying antirheumatic drugs (DMARDs), such as methotrexate, leflunomide, hydroxychloroquine, and sulfasalazine. These drugs aim to provide symptomatic relief while also slowing the progression of the disease.

DMARDs may be clubbed with NSAIDs, pain killers, and low-dose corticosteroids to reduce the inflammation and pain in the joints for better mobility.

When DMARDs are insufficiently effective in a patient with RA, the next step is the addition of biologic agents, such as infliximab (Remicade), etanercept (Enbrel), adalimumab (Humira), and abatacept (Orencia).

Caution: Excessive or prolonged use of corticosteroids can improve your symptoms but greatly damage your body in the process. Thus, this drug must only be taken in the doctor-prescribed small doses and for a limited time.

The therapy is designed to restore the range of motion in the damaged joints so that you can go about your daily activities with relative ease. It helps you adapt to your condition rather than undo the damage and is performed under the guidance of a trained specialist.

But for smaller joints, such as those of the hands and feet, wrists, and elbows, joint replacement surgery is not available.

Some orthopedists perform ankle replacement surgery, but this procedure has mixed success. There are no surgical interventions that treat RA per se, only those that treat end-stage joint damage.

RA may involve multiple joints or just a few. Sometimes, a person can have severe disease and damage in one or two joints with no involvement elsewhere. Others have mild or moderate severity but the involvement of many joints.

How Is Rheumatoid Arthritis Diagnosed?

A physician familiar with RA, usually a rheumatologist, is best suited to make a diagnosis of RA. The doctor will conduct a few blood tests to detect the presence of two antibodies, namely rheumatoid factor (RF) and anti-CCP antibodies.

For this reason, RA diagnosis cannot be based on antibody tests alone and has to be compounded with characteristic symptoms, X-ray changes, and other blood tests that may reveal anemia and an elevated sedimentation rate and C-reactive protein, which are signs of inflammation in the body.

Several factors can predispose you to develop RA, including:

In general, patients with RA have frequent “comorbidities,” that is, other chronic disorders that complicate their overall health. (2)

The sooner you treat RA, the better. Early diagnosis leads to timely treatment, which keeps the condition from getting worse and resulting in more serious complications.

It is recommended to schedule a visit to your doctor if you experience:

What is the difference between osteoarthritis and rheumatoid arthritis?

Here are two differences between RA and OA:

• Osteoarthritis is degenerative arthritis that occurs with age or secondary to injury. Rheumatoid arthritis is inflammatory arthritis in which the body attacks its own joints, leading to inflammation and deformities.

Does stress lead to flare-ups of rheumatoid arthritis?

Yes, physical or psychological stress can lead to flare-ups of rheumatoid arthritis.

What are the consequences of leaving rheumatoid arthritis untreated?

Joint deformities can develop, and the condition can have adverse effects on workability. It can also lead to intractable pain.

Is coffee bad for rheumatoid arthritis?

Would exercises be of any help for someone suffering from rheumatoid arthritis?

It depends on the joints involved. Hand exercises often help. Squeezing a ball and stretching the back and hips also might help.

What dietary changes should be made when suffering from rheumatoid arthritis?

About Dr. Rajat Bhatt, MD: Dr. Bhatt is board certified in rheumatology and internal medicine. He completed his residency at Mount Sinai Hospital in New York. Subsequently, he did a fellowship in echocardiography at Methodist DeBakey Heart Center in Houston and also pursued a second fellowship in rheumatology at LSU Health Shreveport.

Dr. Bhatt provides comprehensive care to patients by incorporating medical and alternative approaches. He is also interested in health information technology and artificial intelligence for improving diagnosis and patient care.

He was the ACR international fellow of the year and spent some time at prestigious institutes in India, learning and contributing to rheumatology.

Rheumatoid arthritis is a lifelong condition that gets progressively worse if not managed properly. You must act fast to curb the joint damage in the early stages, or else this condition can turn into a disability.

The pain, stiffness, and swelling in the joints can get so severe that you will find it difficult to move about and perform even the most basic tasks. So, get evaluated at the first sign of RA, rather than waiting for the symptoms to escalate. Treatment is unlikely to bear satisfactory results once your joints become badly damaged.